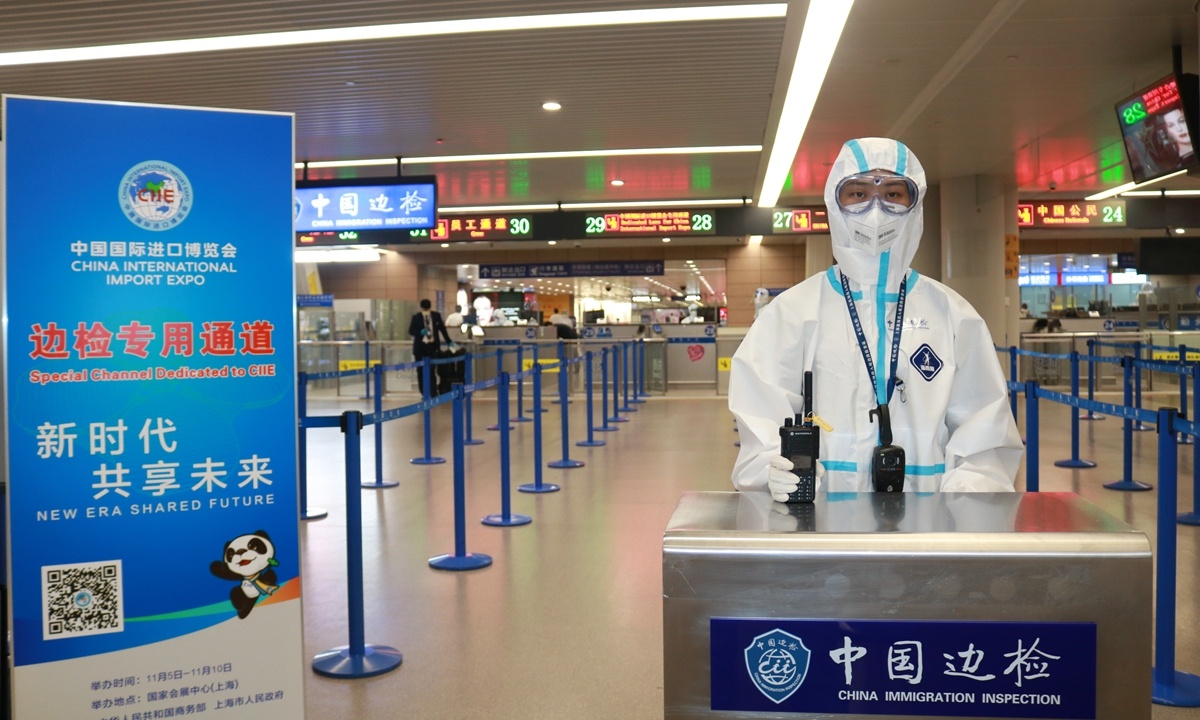 Fourteen special passages were implemented at Shanghai pudong International  Airport on Thursday by the Shanghai General Station of Immigration Inspection to better serve the CIIE, which is set to open on November 5. 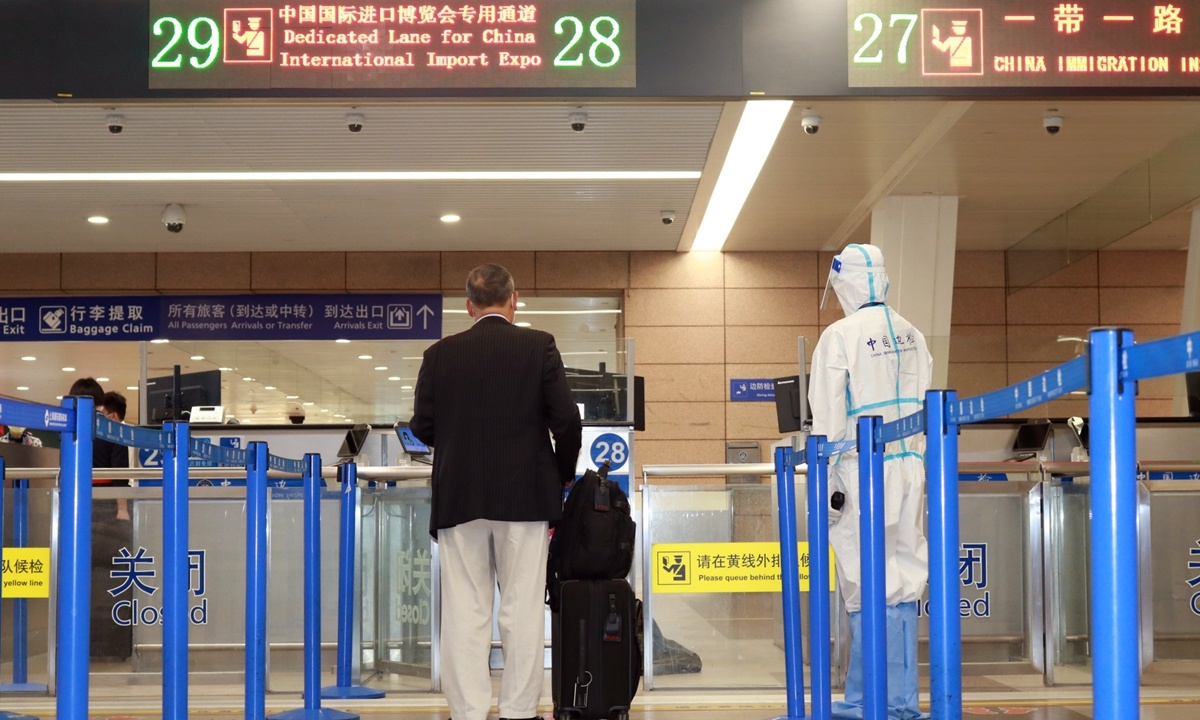 Of the 14 special passages, 8 are located at Terminal 2 of the airport where more international flights land.

The eight passages are directed to a special area for immigration clearance, which ensures epidemic prevention and control, as well as a rapid and smooth border clearance of participating delegates of CIIE, the Shanghai border inspection authority said.

As the CIIE nears, the Shanghai border inspection authority has also arranged for 100 volunteers who speak multiple languages to provide multilingual consulting services.