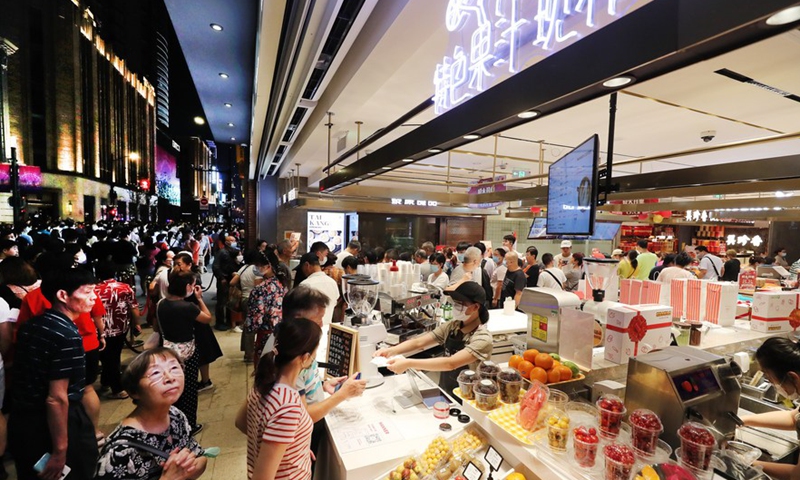 Nearly 20 years after Shanghai banned roadside stalls for the sake of maintaining the city’s appearance, the city finally lifted the ban, a move widely applauded by netizens and experts for not only having economic benefits, but bringing convenience to people’s lives.

Shanghai officials on Thursday approved an amended version of the Regulations of Shanghai Municipality on the Administration of City Appearance and Environmental Sanitation.

According to the regulations, Shanghai’s district, village and town governments are allowed to allocate certain public areas for citizens to be engaged in business activities such as setting up stalls and selling self-produced agricultural and sideline products, domestic news outlet thepaper.cn reported.

However, the regulations still noted that vendors can't occupy public places to set up stalls for sale without authorization.

The new regulations will take effect on December 1.

An official from the Shanghai Landscaping & City Appearance Administrative Bureau also noted that the city would avoid disorderly stall setting, but the city would also meet the needs of urban hustle and bustle in certain locations, as well as explore the use of public areas to orderly develop the night economy and so forth, the report noted.

The regulations were launched first in 2002 and amended twice in 2003 and 2009. In the 2003 version, regulators prohibited businesses or individuals from setting up booths or selling products at public places like roads and bridges; otherwise the vendors will receive a fine between 50 yuan ($7.04) and 500 yuan.

"It's good news! The policy not only gives hustle and bustle back to the city, but gives citizens another way to make a living," one netizen wrote on Weibo on Friday morning.

Some netizens also urged other cities to learn from Shanghai to revive booth setup.

Xi Junyang, a professor at the Shanghai University of Finance and Economics, said that the most important reason for lifting the roadside stall ban should be to stimulate local consumption, especially as the sector has taken a severe hit from the recent coronavirus lockdown in Shanghai and has not totally recovered.

"As restrictions on indoor commercial activities are not totally lifted in Shanghai for fear of coronavirus resurge, economic recovery, especially that in the consumption sector is quite slow. Therefore, street side booths are a good way to stimulate spending," Xi told the Global Times.

He also noted that the new regulations reflect adjustment of local policymakers' management concept, as they try to shift away from a "one-size-fits-all" style in city management.

According to Xi, although roadside vendor contributes to economic growth by stimulating commercial activities and solving unemployment, the influence is unlikely to be very large for general economic indicators.

Apart from Shanghai, some other domestic cities have also gradually lifted bans on roadside stalls. In 2020, vendors in Nanjing of East China's Jiangsu Province were allowed to open more than 1,000 temporary booths to boost consumption, a move that also won public praise and triggered many people's nostalgic accounts of their childhood memories of roadside booths on social media platforms.