Shanghai-London stock link is one step closer to launch date 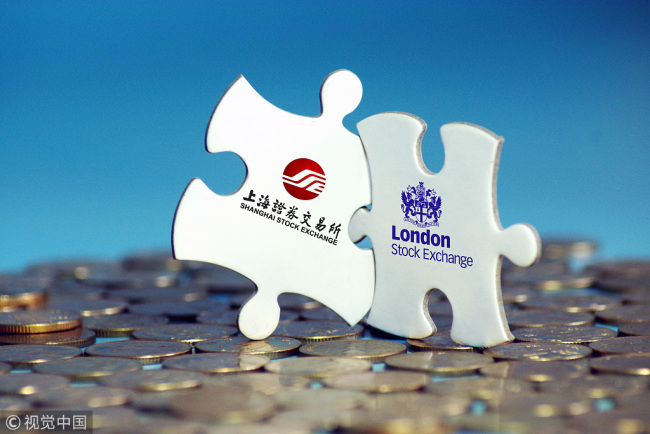 The Stock Connect Program is part of Chinese efforts to open up the financial markets to international investors by giving investors the chance to buy Shanghai listed companies through the London Stock Exchange.

It will provide "issuers and investors in the two regions with the access to the other side's market, which will enable domestic residents to invest in overseas products in the domestic market and support companies listed in the A-share market to raise funds abroad and to carry out cross-border ... mergers and acquisitions," said the Shanghai Stock Exchange in a statement.

Talks for the programme's development have been ongoing since September 2015, the latest development puts the launch on track for the launch at the end of the year.

A similar deal, that was launched in 2014, already exists between China, Hong Kong and Shenzhen stock exchanges.

The rules, as outlined by the Shanghai Stock Exchange, will require companies on the London Stock Exchange to meet minimum requirements to be able to access Chinese investors listed on the exchange.

Such minimum requirements include the length of time a company has been listed on the exchange - any company listed under six months cannot access the exchange - and a minimum company value.

"Although the initial listing/trading volume under the Shanghai-London Stock Connect could be small, we still see it as another step forward in reforms to further open up China's capital market," said Goldman Sachs Group Inc. analysts.

Due to the time difference between the UK and China, the exchange will use depository receipts which will make it easier for investors to trade between the two countries.

Efforts to establish the exchange formed a push by the Conservative government to present the image of a "global Britain" to the world.

As the deadline for Brexit looms over Britain and ministers pursue stronger economic ties with countries beyond the continent, the further development of the Stock Connect Exchange between the two countries will be seen by many as good news.