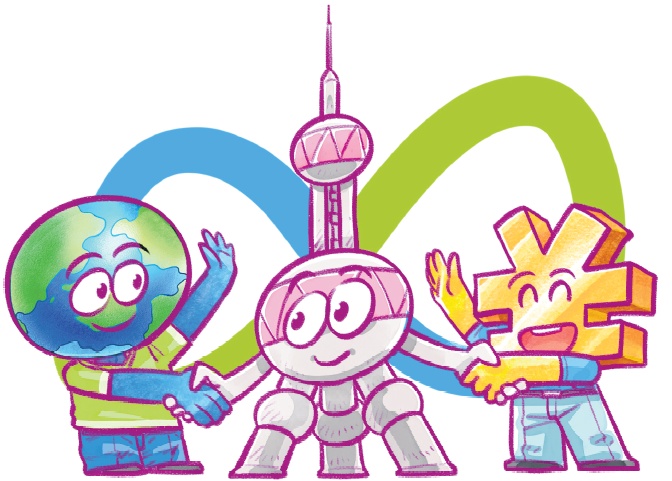 Shanghai needs to further improve safe assets supply capabilities on the way to building an international financial center, a target set to be met this year, when such demand surges as the COVID-19 pandemic brought much uncertainty to the finance sector both domestically and globally.

The decision was made when China stepped up efforts to deepen supply-side structural reform and promote a higher-level opening-up and innovation in finance after the 2008 Global Financial Crisis. The strategy aimed to play a strong guiding role in the overall picture of the Chinese economy.

Now in the deadline year of its target, the Shanghai plan faces uncertainty due to the sudden COVID-19 pandemic, which has created strong headwinds in the global financial market. Worse, there seem no signs the trouble will fade shortly. The focus of Chinese economic development also needs to be adjusted accordingly.

The first stage is the growth of an international exchange center. Commercial and cultural exchanges emerged since early humans scattered to different regions of the globe. The difference in currencies made trade inconvenient, so traders needed to purchase and sell foreign currencies in a major city along the trade route. Such cities gradually became local international financial centers, including Rome and Xi'an in olden times, and Genoa and Amsterdam in late Middle Ages. Such centers often relate to bulk and wholesale trade. Merchants purchased at the trade center and then sold to other places, and brought various currencies there for exchange.

The second stage is the establishment of an institutionalized international finance industry. This developed from the 19th century. One of the milestones was building a gold standard system accounted in pounds, which enabled currencies in some major countries, such as pounds and Dutch guilders, to circulate in the world. The international exchange centers then became clusters for financial institutes responsible for institutionalized finance businesses.

Such changes relate to the development of globalization. After the 19th century, production and sales both expanded globally, boosted by the market-oriented economy. It created demand for financing from companies and global capital mobilization. That's when a universal fund flow agreement came into being, or an institutionalized global financial network.

International financial centers will accelerate, to enter a new stage after the epidemic, which emphasizes supply of safe assets.

What are safe assets? Their key characteristics are small price fluctuation and high mobility. Price is defined by various types of information included by assets. Assets pricing is to appraise risks brought through by that information.

The pandemic has had significant impact on the international financial market. During the March 9-13 period, in Europe, one of the worst-hit regions, the British FTSE 100 index dropped 16.97 percent, France's CAC40 fell 19.86 percent and Germany's DAX declined 20.01 percent.

After that, the US stock market slumped. The "circuit breaker" was triggered five times in about 10 days. The CBOE Volatility Index, widely considered the best fear gauge in the stock market, once soared more than 400 percent since Feb 21.

The decline of almost all assets－stocks, bonds, gold, petroleum－revealed the panicky investors' extreme sensitivity toward information amid uncertainty brought by the pandemic. They showed a great demand for safe assets whose supply was inadequate.

After the wave of globalization started in 1990, all countries, especially emerging markets and petroleum exporting countries, have accumulated much wealth. But as the supply of safe assets dried up in many countries, wealth tended to flow into the US and fueled the real estate bubble.

The problem will intensify after the COVID-19 pandemic, which has had a large impact on international economy amid high uncertainty over future recovery. As the global industrial chain was badly hit, there is a high possibility of regionalization.

Internal conflicts in Western countries will aggravate, to further tear societies apart. Under such circumstances, the imbalance between demand and supply of safe assets will become acute. In the future, international financial centers will function more as security cornerstones and assets price anchors in the global financial system.

Shanghai has acquired the characteristics of the first two phases of international financial centers, with its convenience for international exchanges and improved systems and laws that meet the international standards. To adjust to the new trends of globalization, Shanghai needs to lift its supply of safe assets. Based on a stable renminbi exchange rate, it requires a further optimized financial market and business system, as well as creation of more safe assets accounted by the yuan, backed by a steady domestic economy and financial innovation.

The pandemic is a common challenge facing humankind and has affected major economies such as the US, the European Union and Japan as well as emerging countries. Both supply and demand have shrunk across most asset classes, commodities, products and industries.

The global value chain has got disrupted or suspended. International economic environment cannot return to the great development period when China joined the World Trade Organization in 2001. In face of the changes, China needs to strengthen opening-up, while also building a more stable and safe domestic economic circulation system.

The Chinese economy began to rely more on domestic circulation after the financial crisis. At that time, it was mostly driven by debt and investment. The growing debt from local governments and companies boosted domestic investment. But as the returns on investment declined, debt piled up, leading to high financial risks.

The writer is a professor at the School of Economics of the Renmin University of China in Beijing and a researcher at the university's National Academy of Development and Strategy.