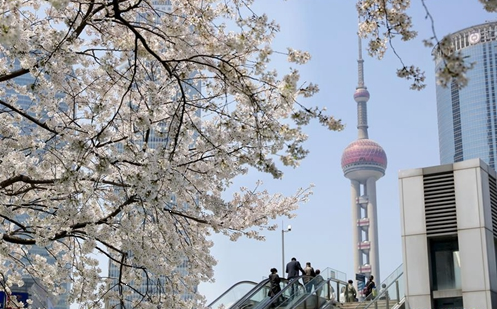 Chinese financial centers' rising statuses in the global market are supported by China's sound and stable economy, Liu Xuezhi, a senior researcher at the Bank of Communications, told the Global Times on Friday. China's GDP per capita stood at 70,892 yuan ($10,276) in 2019, surpassing the significant $10,000 mark.

"Financial technology's rapid development in cities like Beijing and Shanghai has helped raise their financial positions in the global market," Liu noted.

For instance, China established its science and technology innovation board in June of 2019 in Shanghai, a mark of the country's much-anticipated capital market reform, said Liu.

The 27th edition of the GFCI was released on Thursday by the China Development Institute in Shenzhen and Z/Yen Partners in London, providing evaluations of competitiveness and rankings for 108 financial centers globally.

New York has retained its first-place ranking, London is in second place, and Tokyo stands in third.