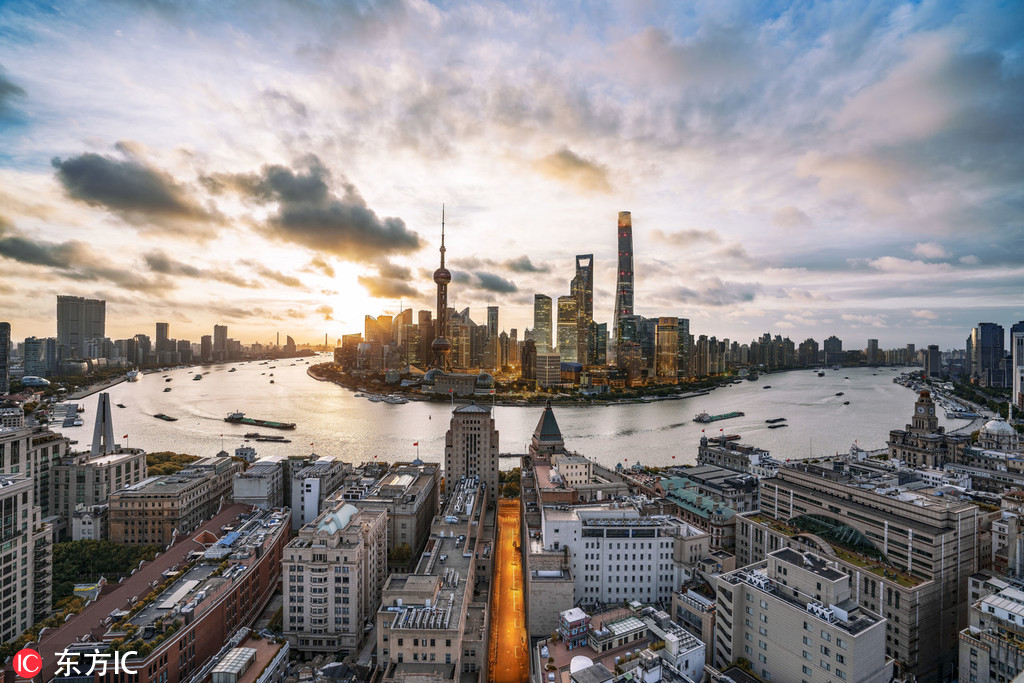 A panoramic sunrise view of the Bund along the Huangpu River in Puxi and the Lujiazui Financial District in Shanghai's Pudong New Area, Aug 20, 2018. [Photo/IC]

Shanghai has announced new reform measures for the Pudong New Area to realize the goal of achieving 2 trillion yuan ($290.7 billion) in GDP by the area's 35th anniversary of opening-up in 2025, official sources said on Tuesday.

According to the guidelines issued June 15 on supporting Pudong New Area's further reform and opening up, the municipal government of Shanghai said it will provide a better development environment for the district in policy innovation, economic development, governance and eco-environment.

Pudong, an area east of the Huangpu River, was mostly farm land only 40 years ago when reform and opening up kicked off. But since the State Council announced development of Pudong in April 1990, the area has grown into a powerhouse of the city, Shanghai's growth engine and a calling card of China's modernization and development, said Ma Chunlei, deputy secretary-general of Shanghai Municipal Government and director of the Development and Reform Commission.

"Its 1 trillion yuan GDP, its achievements, including establishing the nation's first free trade zone, has laid a solid foundation for the district to make more contributions to China and Shanghai's high quality development in coming years," said Ma, adding that the goal is difficult but achievable as long as the district can realize between 7 and 8 percent growth annually.

Taking up one-fifth of Shanghai's land and a quarter of its population, Pudong created one-third of the city's GDP, 40 percent of strategic industrial output of Shanghai, and 60 percent of export and import value, said Hang Yingwei, head of the Pudong New Area.