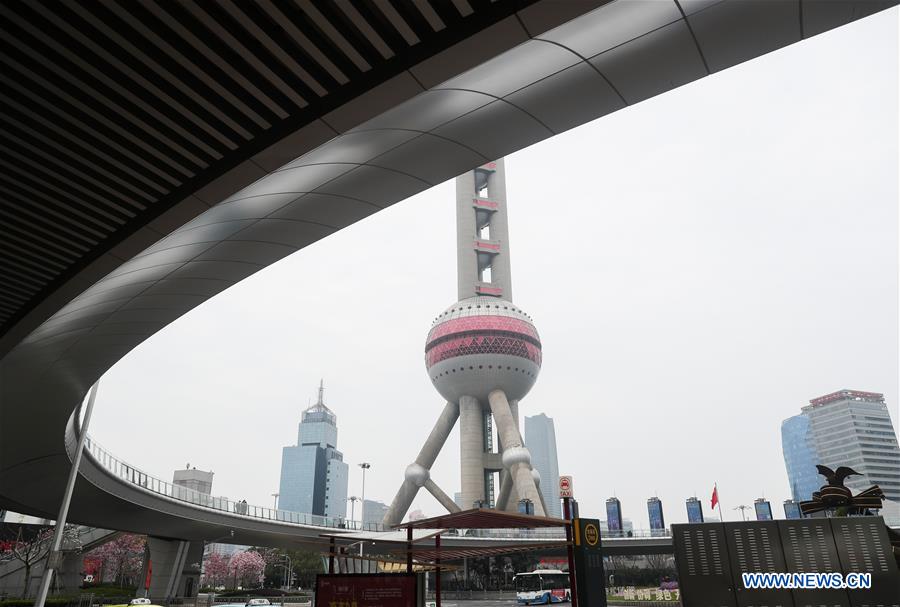 SHANGHAI, March 26 (Xinhua) -- Shanghai moved up one place to fourth for the first time in the 27th edition of Global Financial Centers Index (GFCI 27) published by the British think tank Z/Yen Group and China Development Institute in Shenzhen on Thursday.

This is the fourth consecutive time that Shanghai has ranked among the top five international financial centers in GFCI since September 2018.

New York's lead over London further expanded, while Tokyo ranked third in the index for the first time.

A total of eight cities in the Chinese mainland were on the top 100 list, including Shanghai, Beijing, Shenzhen, Guangzhou, Chengdu, Hangzhou, Qingdao and Tianjin.

The GFCI is updated and published every half year and receives considerable attention from the global financial community. GFCI 27 researched 120 financial centers using 138 instrumental factors, with quantitative data provided by third parties, including the World Bank and the OECD.