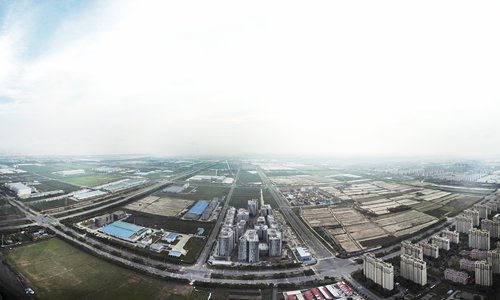 The further opening-up gesture will accelerate the pace for Shanghai to become an international hub of finance, transportation and innovation, and more foreign companies are expected to be attracted to the region, said analysts and companies.

It is also in line with the country's commitment of further opening-up its market amid rising protectionism in the world, experts said.

Shanghai aims to be an international hub of finance, transportation and innovation, and encouraging more companies to establish headquarters there is in line with the city's international position, Wang Jun, a deputy director of the Department of Information at the China Center for International Economic Exchanges, told the Global Times on Tuesday.

"It means that there will be a huge influx of human and capital resources that will in turn attract more businesses, especially in the service sector," Wang said.

Pfizer opened the global headquarters of its generic and off-patent drug unit Pfizer Upjohn in Shanghai on May 30, the first of its kind for a multinational drug company, said the report.

The relaxation of the asset requirements is intended to encourage more international companies, especially those in the services sector, to set up headquarters in Shanghai, Wang said.

Shanghai-based Tricor Group China, which provides consulting services for foreign companies to launch businesses in the Chinese mainland, has benefited from the nation's opening-up and still sees great opportunities.

Zhang Hailiang, a deputy CEO of the Tricor Group in the mainland, told the Global Times that as the second-largest destination of foreign direct investment in the world, China will maintain its leading position as one of the most attractive foreign trade and investment markets in the world.