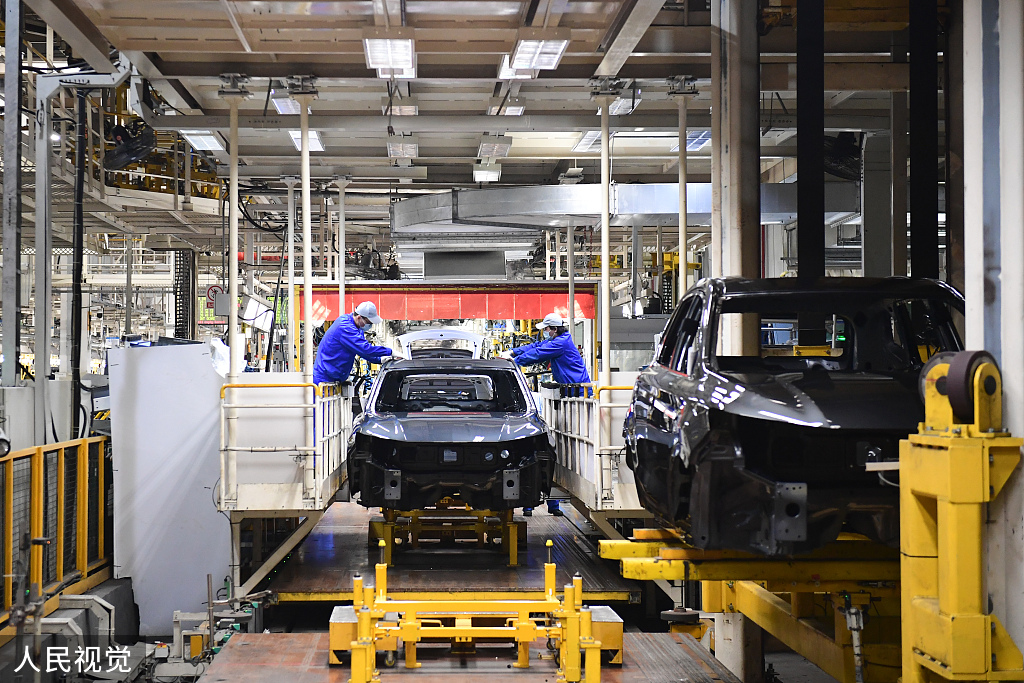 Workers are busy at the production line at SAIC Motor's Lingang plant in Shanghai, on April 23, 2022. (Photo: VCG)

Several vehicle manufacturers in Shanghai are expected to restore normal production at the beginning of this month as the city has seen a significant drop in COVID-19 cases and gradually eases prevention measures, China Securities Journal reported.

SAIC Motor's Lingang plant had resumed about 80 percent of its manufacturing capacity, with over 10,000 vehicles rolling off the production line as of May 28.

IM Motors started double-shift production since May 27, and the first batch of vehicles are planned to be delivered to buyers in mid-June.

NEV maker Tesla is running close-loop production in double shifts, with the production capacity of its "Gigafactory" estimated to recover to the level before the pandemic in June.

Shanghai Beite Technology Co Ltd said the company has been running smoothly, with delivery volume increasing 20 percent from the average of April and May.

"Although the business performance declined in the past two months, it is expected to reach the goal set early this year by June," an employee at Beite said.

In terms of logistics, packages in industrial parks can be received and delivered normally, but the efficiency is slightly slower than before the pandemic, according to an employee at Baolong Auto.

"The logistics is estimated to recover to normal in June," the employee said.

Government policy guidances and the overall market situation after Shanghai resumed production can have a huge effect on Baolong's business performance, and the company will spare no effort to achieve its goals, the employee said.