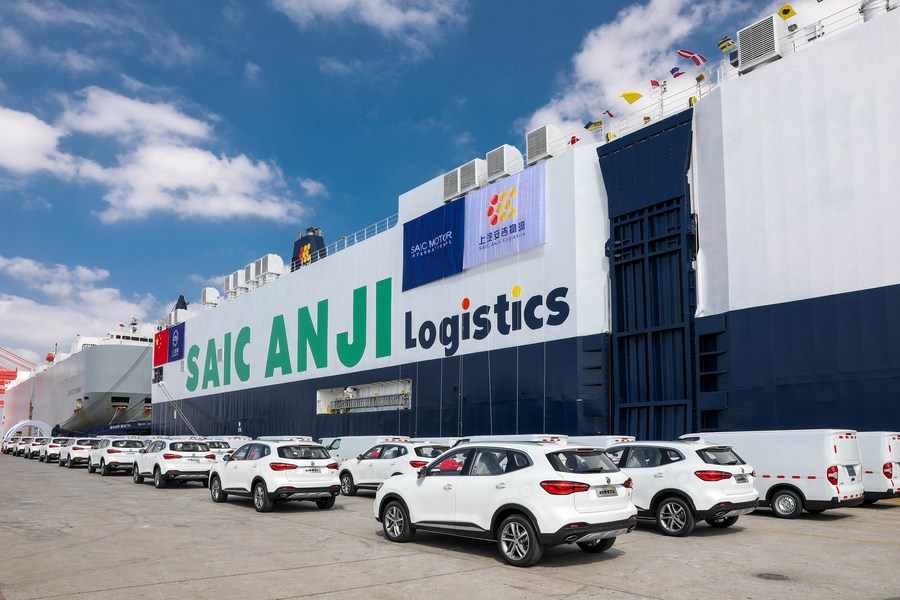 The European Union (EU) and Australia were the top two export markets for Shanghai vehicles from January to September, receiving 67,000 and 53,000 vehicles, respectively. The figures accounted for 36.2 percent of Shanghai's total automobile exports.

Shanghai's import and export volume totaled 2.92 trillion yuan in the first three quarters, up 15.4 percent year on year. The municipality's exports rose by 9.9 percent, while imports went up 19.1 percent.