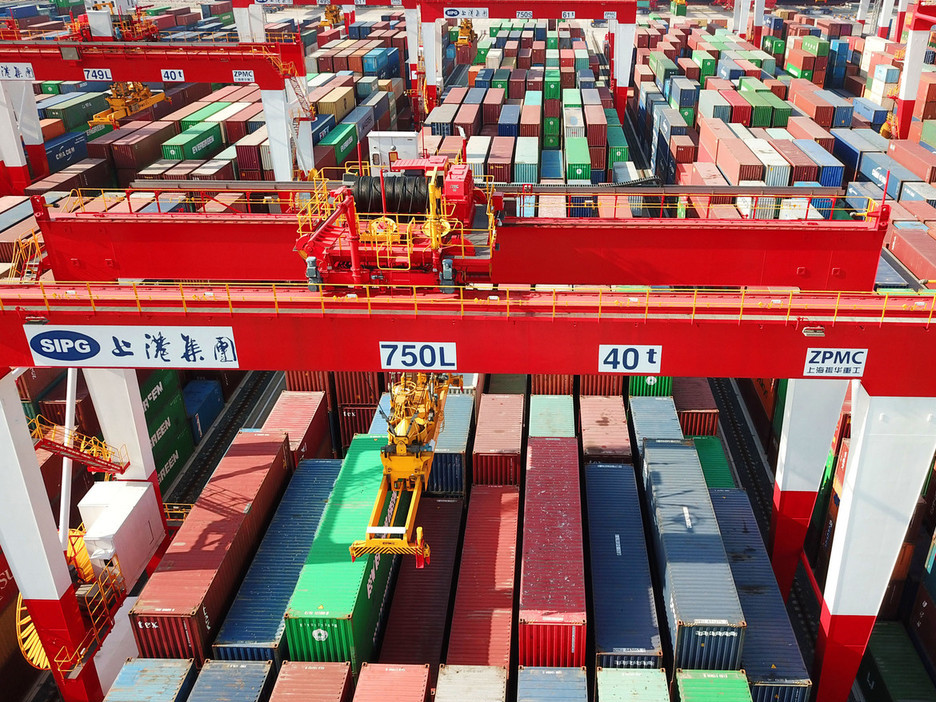 An aerial view of containers at the fourth phase of the Yangshan Deep-Water Port, the world's largest automated cargo terminal, in Shanghai, April 10, 2018. (Photo: IC)

The index was published at three global shipping centers in Shanghai, Singapore and London, according to Mark Jackson, CEO of the Baltic Exchange.

Jackson said the three cities are home to three of the world's greatest shipping centers, and each has its own strengths and specialization.

"The growth of China is reflected through Shanghai and the shipping industry," Jackson said.

Since the Xinhua-Baltic International Shipping Center Development Index was launched in 2014, Shanghai's ranking has increased from seventh to fourth.

"Shanghai's development into a global shipping center cannot be realized without the deepened and integrated collaboration of the Yangtze River Delta region as a whole. It requires the region to take a bigger role for its global competitiveness and influence," said Zhang Lin, deputy director of Shanghai Municipal Transportation Commission.

The index was published in Shanghai during the Yangtze River Delta Shipping Integration Development Forum to celebrate the 15th Maritime Day of China that fell on Thursday.

A union for shipping innovative development of the Yangtze River Delta region was created during the forum on Thursday. According to its initiative, the union looks to promote the integration of the shipping and port-related industries across the region.

Ten Chinese ports were listed on the index, which evaluates the world's 43 major shipping centers against criteria including three primary indicators of port conditions, shipping services and general environment.