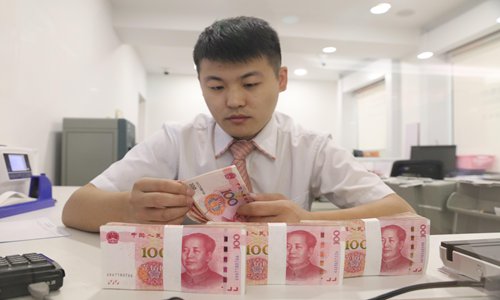 Shanghai will accelerate building a global center for yuan innovation, trading, pricing and settlement in 2020, as part of the effort to make the city a world-class financial center "in keeping to China's economic strength," Shanghai Major Ying Yong said on Wednesday, media reports noted.

The city, which is already known for an abundance of financial industries and resources, will promote the implementation of more financial opening-up projects this year, said Ying as he delivered the 2020 Shanghai government work report.

Shanghai, with its advantages in talent pool, finance and technology development, has the potential to run neck and neck with or even surpass Hong Kong as a new offshore yuan trading center in China, Cao Yin, vice director of the Advanced Research Institute of Blockchain under the Yangtze Delta Region Institute of Tsinghua University, told the Global Times on Wednesday.

"The realization of the goal will take some time but it will take place naturally, when China's economy advances further and Shanghai becomes the country's economic engine and technological center," Cao said.

He said that Shanghai can further develop financial activities that Hong Kong is actively engaged in, such as providing financial settlement services for trade supply chains.

The government has also been striving to fuel Shanghai's financial industry, promote its internationalization level and integrate the sector with cutting-edge technologies.

The People's Bank of China's Shanghai branch is carrying out 23 fintech application experimental projects in Shanghai, a government official disclosed on Wednesday.

The Shanghai municipal government has also released a guideline that said Shanghai is striving to become China's innovation application hub and technological research hub for fintech.

"A positive environment is forming in Shanghai for fintech industry development. For example, financial innovation start-ups and research institutions are mushrooming in the city, with Shanghai having the largest number of blockchain research and development teams in China," Cao said.

He also said that Shanghai is banking on technological resources in the Yangtze River Delta by cooperating with fintech giants in the region such as Ant Financial, the financial arm of Alibaba.

Ant Financial will launch a massive fintech conference, one of the world's largest, to bring together the global financial and technology community, the company said on Wednesday. The inaugural three-day event, to be held in Shanghai in April, will also display the latest fintech innovations, the company told the Global Times.

Cao also said that Lingang, a suburban area in Shanghai that is home to many high-tech start-ups and overseas enterprises such as Tesla's Gigafactory 3, might become the leader in Shanghai's financial innovation, as it will provide a positive application scenario to fintech such as data security technology, a service much needed by many foreign companies.