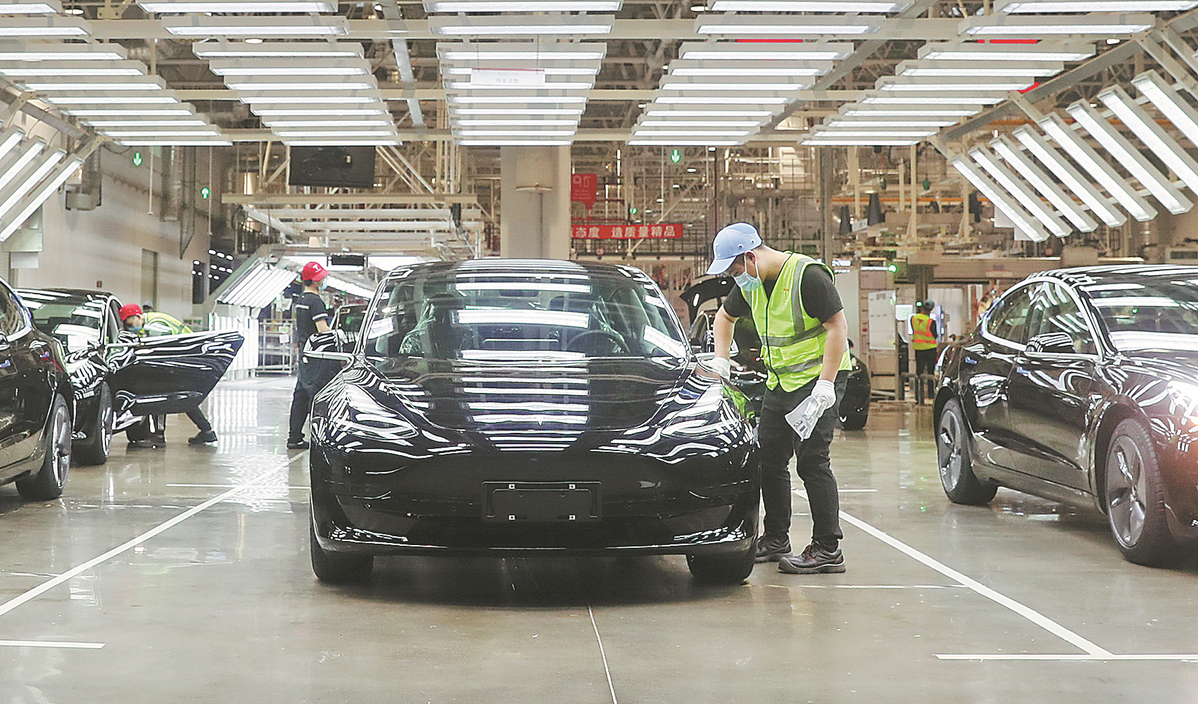 Employees at work at the Shanghai plant of Tesla Inc. [Photo：Xinhua]

Shanghai is going to accelerate the development of smart factories and digital infrastructure in the coming years, hoping to build 200 demonstration intelligent factories by 2025, according to the Shanghai Commission of Economy and Informatization.

The municipal government looks to launch 20 benchmark intelligent factories, 200 demo smart factories, as well as 1,000 intelligent manufacturing scenes in the next three years.

According to Tang Wenkan, deputy director of Shanghai Commission of Economy and Informatization, intelligent manufacturing is the in-depth integration of next generation information technology and advanced manufacturing technology, which is also the trend for future digitalization.

The Shanghai Commission of Economy and Informatization will spare no effort in promoting Shanghai's high-quality development in intelligent manufacturing, Tang said.