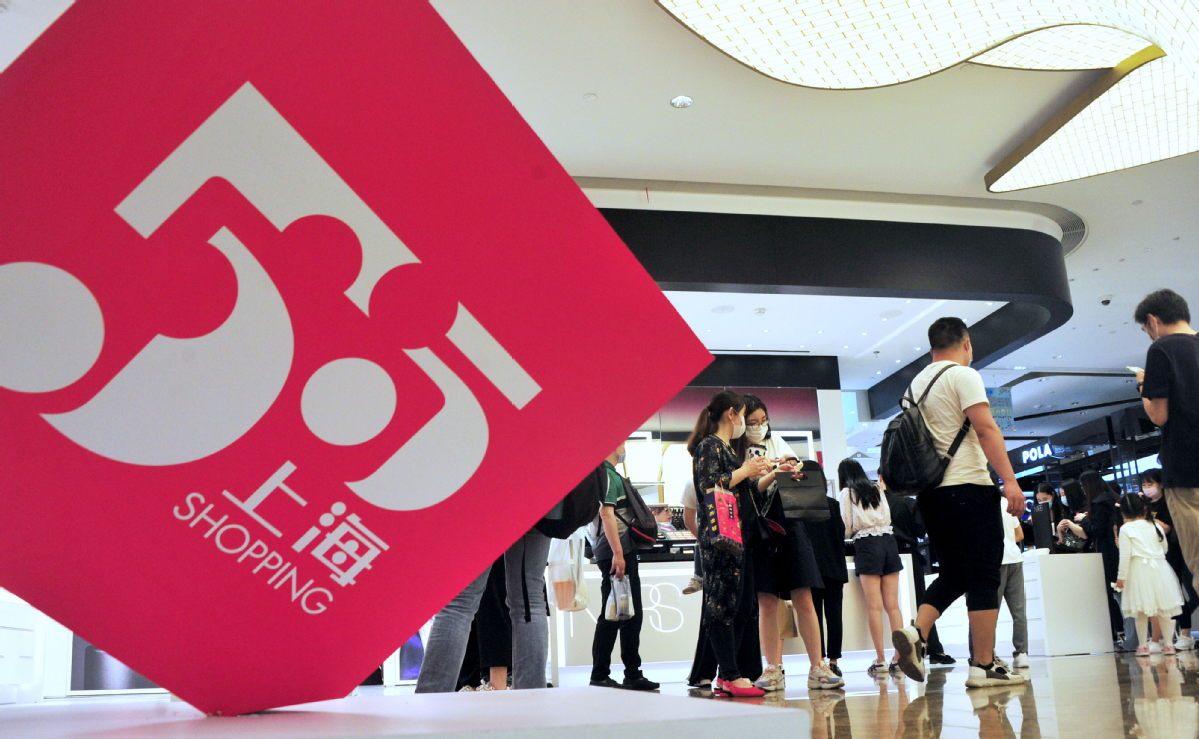 SHANGHAI - Shanghai is planning more pro-consumption campaigns in the coming months to further boost market vitality as consumer demand, held back by the COVID-19 epidemic, rebounds.

The city saw its total retail sales of consumer goods expand by 5.9 percent year-on-year in July to 129.72 billion yuan ($19 billion), according to the municipal commission of commerce.

More pro-consumption campaigns are expected to be unveiled from September to the Spring Festival in mid-February 2021, said Liu Min, deputy director of the commission, who also noted that the shopping festival held in May and June had helped to unleash pent-up demand.

The campaigns will promote retail sales during the upcoming China International Import Expo, as well as holidays and festivals such as the Singles' Day shopping carnival and the New Year holiday.

The extension project of the eastern stretch of the city's Nanjing Road, one of the most famous commercial streets in China that consists of various shopping malls and branded stores, is also near completion.

Upon completion, consumers could shop all the way to the Bund, Shanghai's landmark riverbank walk along the Huangpu River, Liu added.

The city will also launch a mobile app and upgrade recommended routes for shopping and travel in the city to provide a better experience for consumers.