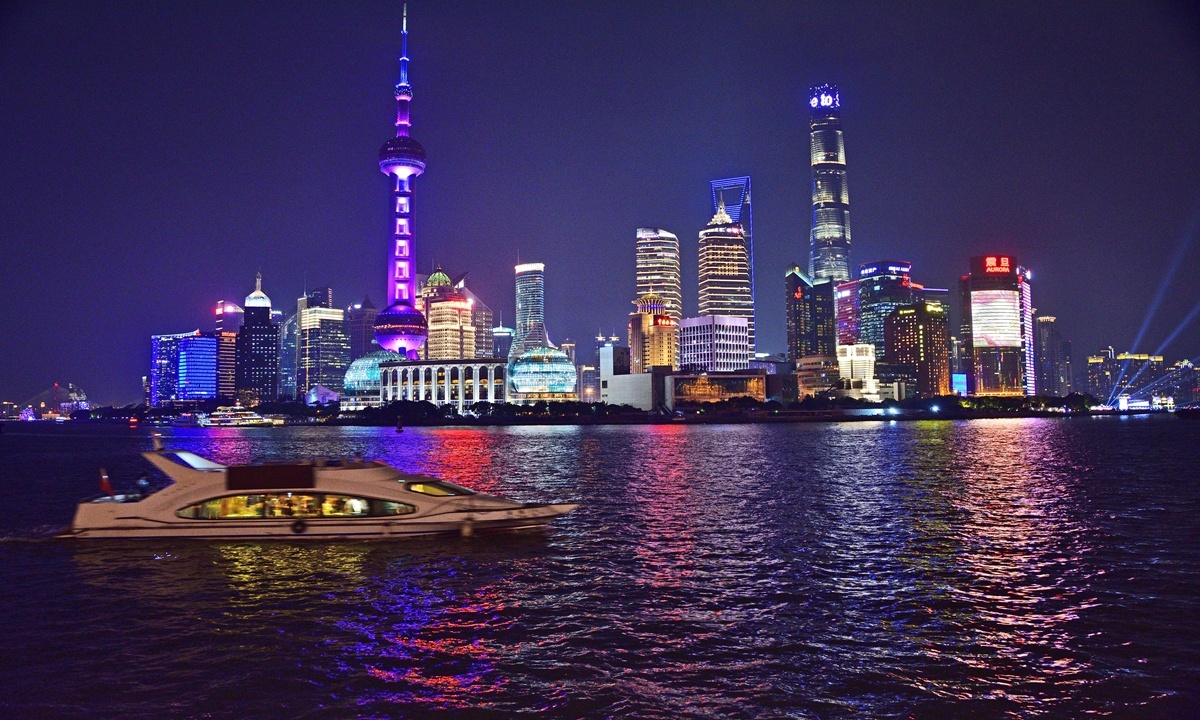 The 2020 Shanghai Tourism Festival has played an important role in driving consumption despite the COVID-19 impact as ticketing revenues from tourism, catering, and entertaining sectors hit 31.97 billion yuan ($4.7 billion) from September 12 to 27, up 35 percent compared with the previous 16 days, the Shanghai municipal government announced on Sunday.

The highlight of the festival involves the launch of annual tourism passes to attractions in 17 cities including Hangzhou, Wenzhou, and Huangshan Mountain, scattered in the Yangtze River Delta, a move aimed at beefing up the integrated development of the region, especially the tourism industry, which was hit hard by the novel coronavirus epidemic. Over 20,000 passes were sold in just 12 days, the municipal government said.

Shanghai started a project to extend the iconic East Nanjing Road in December 2019, with the new extension to feature a slew of upgraded businesses. At 8 pm on September 12, the flow rate on Nanjing Road's Pedestrian Street reached 36,000 visits, nearly double the number from the corresponding time a year ago.

The festival features 156 activities, and up to 500 travel routes and products including thousands of popular sites welcomed by internet celebrities.