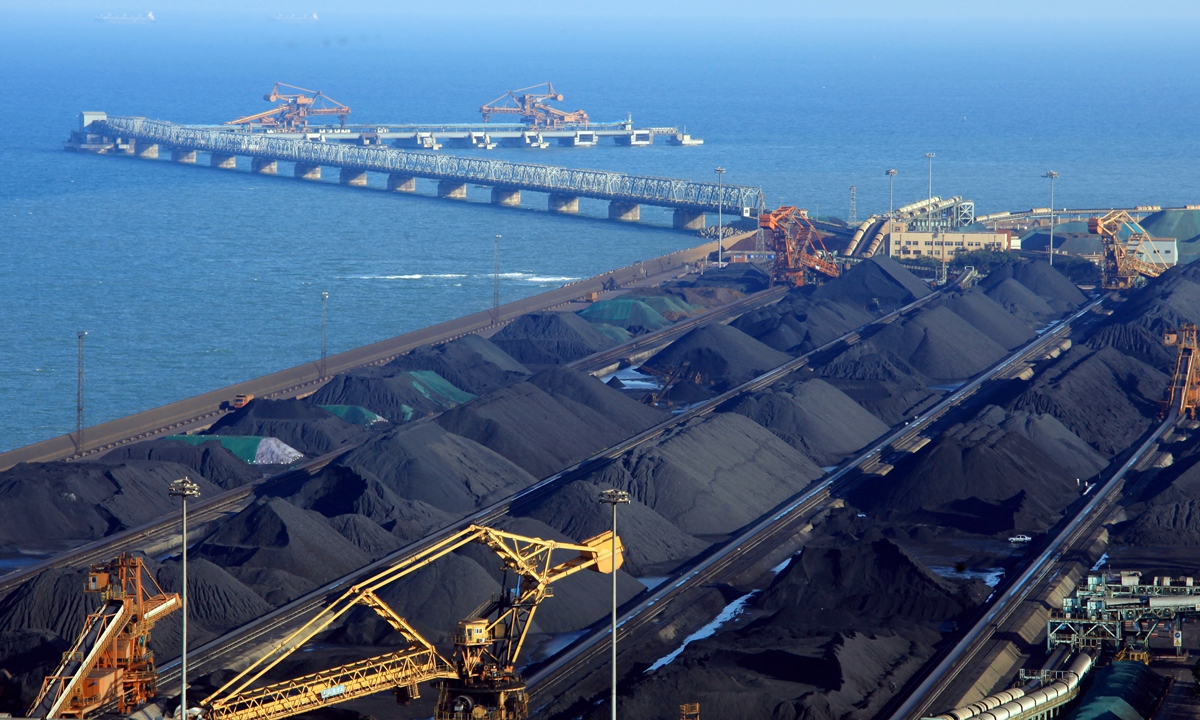 View of piles of coal on a quay in Rizhao, East China's Shandong Province. (Photo: cnsphoto)

Shanxi is also seeking to raise coal production by another 50 million tons next year, bringing its annual coal output to 1.35 billion tons, according to a circular issued by the provincial government.

According to the National Bureau of Statistics, major coal mining enterprises in the province produced a total of 528 million tons of raw coal between January and May this year, with an average monthly output above 100 million tons.

Shanxi is a major coal production province in China, with its output accounting for around one-quarter of the country's total volume. As of the end of February, there were 653 coal mines in the provinces, of which nine are large mines with capacity above 10 million tons a year.

Impacted by the prolonged pandemic and the Russia-Ukraine conflict, the prices of fossil fuels including coal, oil and natural gas surged to record highs, which, along with soaring shipping freight and a strong US dollar, which have constrained China's coal imports this year.

According to latest data released by the General Administration of Customs of China, China imported 95.96 million tons of coal in the first five months of 2022, down 13.6 percent on a yearly basis.