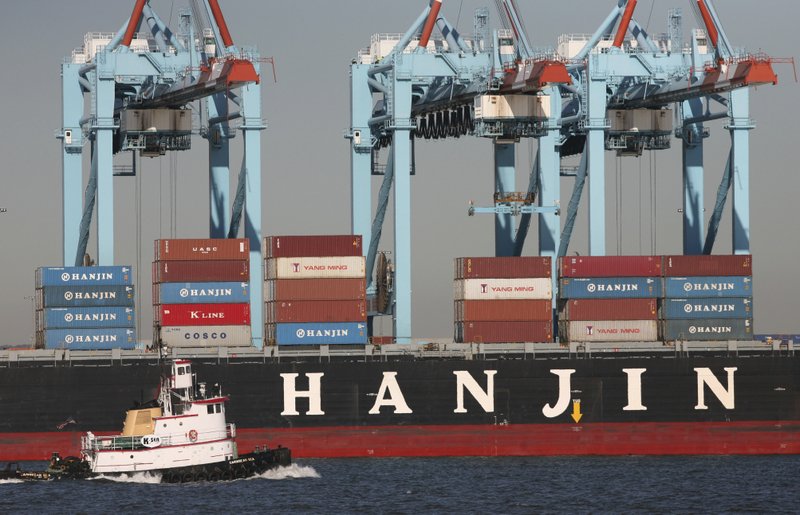 Shares in the world’s biggest shipping company, Denmark’s A.P. Moller-Maersk, plunged Thursday after it warned of the commercial damage it would suffer from a US escalation in the trade war with China.

Maersk said it was helped last year by higher freight rates, greater efficiency in its operations, and synergies from the 2017 acquisition of German container shipping company Hamburg Sud.

However, it said its guidance for 2019 was “subject to considerable uncertainties due to the current risk of further restrictions on global trade and other factors impacting container freight rates, bunker prices and foreign exchange rates.”

The Copenhagen-based group said trade tensions between the United States and China could weigh on business.

The US government has warned that it will increase its import taxes on $200 billion in Chinese goods from 10 percent to 25 percent on March 2 if the two sides haven’t reached a resolution. A new round of 2-day talks began in Washington on Thursday.

Maersk said the trade tensions had created uncertainty and could “reduce global container trade growth by 0.3-1.0 percentage points per year in 2019-2020 if US tariffs are increased to 25 percent in March 2019.”

Shares were down nearly 10 percent in Copenhagen.