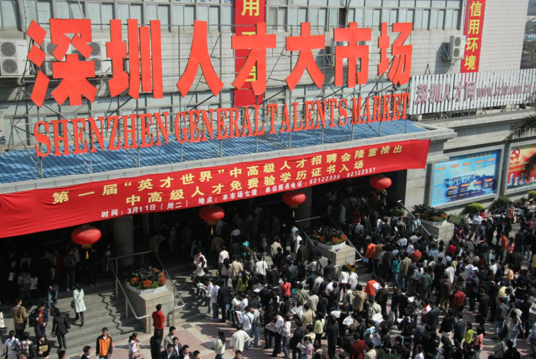 As workers travel back to big cities for work after the lunar New Year's holiday, companies in Shenzhen have crowded job fairs to get skilled workers and cope with growing orders and expanded productions.

During the past week, Shenzhen Talent Group Co., Ltd, a state-owned company, gathered 772 companies at a job fair, where 30,000 jobs were offered. The group said over 80 percent of companies at the fair increased hiring compared to the same period last year.

Polls at the fair showed that a third of the jobs are provided by manufacturing companies. Others are by computer, software, electronics, finance and internet businesses.

Auto-maker BYD, headquartered in Shenzhen, south China's Guangdong Province, said it prepares to increase hiring by 50 percent compared with the same period last year. Boosted by the release of new models, sales of BYD cars are expected to be robust this year, the company said.

"The Shenzhen government has supported high-tech manufacturing by giving land, tax and talent incentives. Companies are benefitting greatly from these favors. We prepare to increase hiring by 20 percent this year," said Huang Bo, human resources manager of Inter Optoelectronics Co, Ltd, a touch-screen maker in Shenzhen.