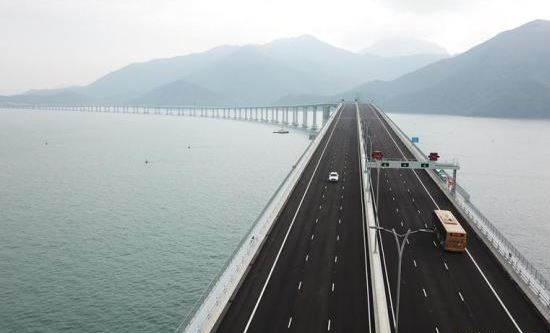 SHENZHEN, Aug. 28 (Xinhua) -- Shenzhen, once again, is at the vanguard of China's development, harking back to more than three decades ago, when it became the nation's first special economic zone to lead the reform and opening-up.

Now the southern Chinese city is embracing a new unparalleled role as "a pilot demonstration area of socialism with Chinese characteristics."

"This means Shenzhen's reform and innovation should not only be tailored to its own circumstances, but can also be replicated to guide the advance of the Guangdong-Hong Kong-Macao Greater Bay Area and China's modernization movement," said Qu Jian, vice president of China Development Institute.

China in February issued the Outline Development Plan for the Guangdong-Hong Kong-Macao Greater Bay Area, listing Shenzhen, along with Guangzhou, Hong Kong and Macao, as the "four engines" to build the area into a Chinese version of Silicon Valley.

Now the new guideline further lifted Shenzhen's position. The August document laid out a timeline for the city's development -- by 2025, it will become a leading city globally in terms of economic strength and quality of development; by 2035, not only will it become a national model of high-quality development, but also a hub of innovation, entrepreneurship and creativity with international influence.

By the mid-21st century, the city is expected to turn into a top global cosmopolis and a world pacesetter with outstanding competitiveness, innovative capacity and influence.

"Shenzhen has been the paragon in China's reform and opening-up, and the strengthening of its role is to demonstrate what China's future will look like," said Qu.

"Every time I visit Shenzhen, I'm astounded." This was an oft-heard expression among residents in Hong Kong when Shenzhen was still in its infancy.

"The shock was more out of fear in the old days. The muddy roads on rainy days were a nightmare for many Hong Kong residents who visited Shenzhen," said Ding Ke, a Hong Kong citizen. "Now the shock has been replaced by 'wow.'"

His daily commute takes only 40 minutes thanks to the convenient inter-city transport system. "My company takes advantage of the complete industrial chain and rich supporting resources in the Pearl River Delta, of which Shenzhen plays a key role," he said.

"We put our headquarters and R&D center in Shenzhen, our assembly center in Dongguan and Foshan, and Hong Kong supports our innovation and research with its leading academic resources," said Ding. "We are fully tapping the potential of the complementarity in the Greater Bay Area."

Shenzhen has become a high-tech incubator and fosters a batch of influential innovative enterprises.

"Shenzhen's role as the trailblazer in marketization, internationalization and legalization has put it on the fast track of development in the 40-plus years of reform and opening-up," said Song Ding with China Development Institute. "It's also the reason the central government made it a pilot demonstration area."

Official data showed that Shenzhen's GDP was only 196 million yuan in 1979, one year after China initiated the national campaign of reform and opening-up. In 2018, it surpassed 2.4 trillion yuan (about $335 billion), which means a GDP output of 1.2 billion yuan was generated on every square meter of land in the city.

"Let the market play a decisive role in resource distribution. This is an important lesson from the application of socialism with Chinese characteristics," said Song. "Huawei, Tencent, BYD and Evergrande are all such successful private joint-stock companies."

As Guangdong, Hong Kong and Macao continue to integrate, Shenzhen's unique position and preferential policies have made it more attractive.

Home to Ding's company, the Hong Kong-Shenzhen Innovation and Technology Park in the Lok Ma Chau Loop occupies a strategic location on the border of Shenzhen and Hong Kong. It has become the base for global R&D companies to leverage the competitive advantages of both Hong Kong and Shenzhen in innovation and technology and accelerate their access to the Chinese mainland market.

Now 63 Shenzhen-Hong Kong joint projects have been established and 11 are under construction. The park is also mulling to roll out a pioneering cooperation mechanism in scientific collaboration, clearance and the application of advanced technology.

Another such area, the Qianhai Shenzhen-Hong Kong Youth Innovation and Entrepreneur Hub has incubated 356 venture teams as of last year, with about half from Hong Kong, Taiwan, Macao and overseas.

"As an important part of the Greater Bay Area, the concept of making Shenzhen a pilot demonstration area will definitely enhance the integration and development of Guangdong, Hong Kong and Macao," said Guo Wanda, executive vice president of China Development Institute.