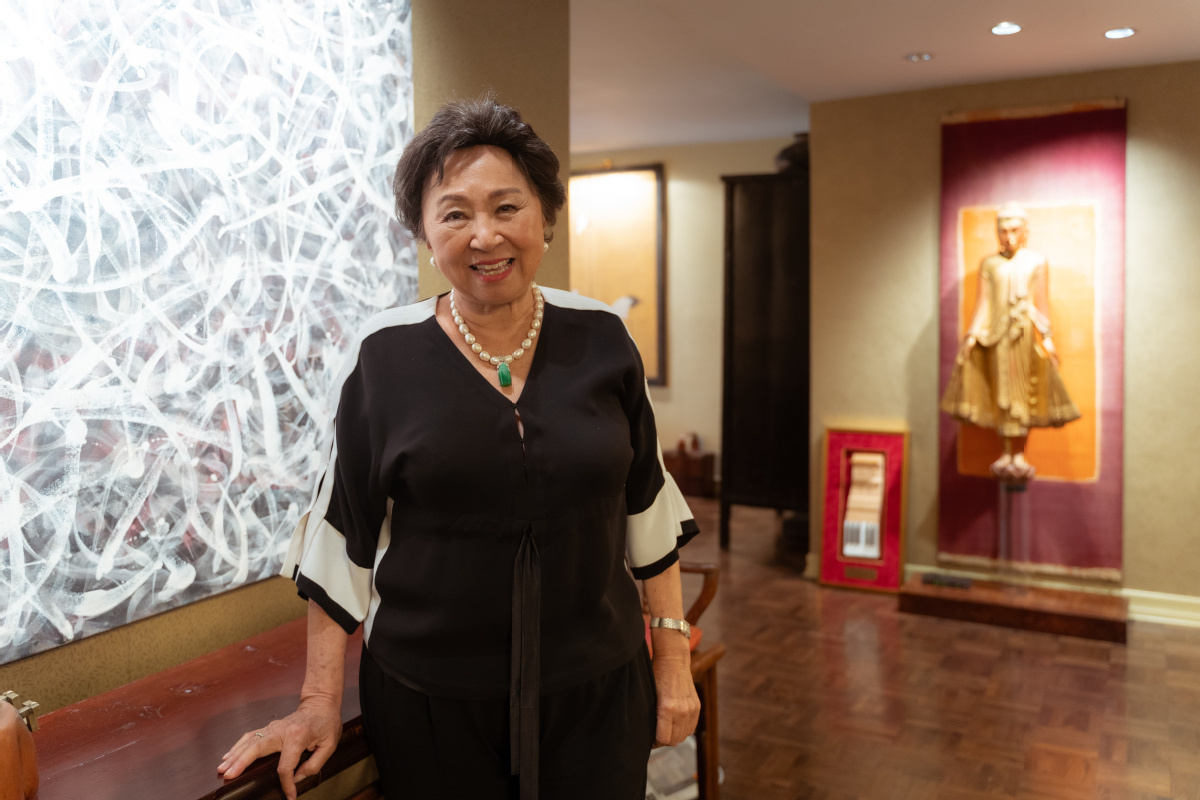 Shirley Young, a pioneer for Asian businesswomen, a diplomatic daughter, entrepreneur and patron of the arts died Saturday in New York.(Photo: Chinaa Daily)

Shirley Young, a former vice-president of General Motors best known for her critical role in the automaker's billion-dollar investment in China's auto industry through the Shanghai SAIC-GM joint venture, has died.

Young died on Saturday at a hospital in New York City. Before her death, she had just celebrated Christmas at home with her three sons, David, William and Douglas Hsieh.

In her later decades, Young, who was an accomplished pianist, became an ardent supporter of the arts, which she believed have the power to transcend ideological boundaries.

In fostering cultural ties between her ancestral and adopted homes, she worked closely with internationally renowned Chinese or Chinese American artists, including pianist Lang Lang, composer Tan Dun and dance choreographer Shen Wei, who was behind the opening ceremony of the 2008 Beijing Olympics.

Young was the second daughter of Juliana Yen, a Republican-era Shanghai society belle and one of the earliest women to graduate from the city's renowned Fudan University, and Clarence Kuangson Young, a Princeton University graduate-turned-diplomat who represented China in a number of postings, including London, Paris and Manila.

Shirley Young was born in Shanghai on May 25, 1935. At the end of World War II, she came to the United States with her mother and sisters from the Philippines, where her father was taken from his home and later executed by the occupying Japanese during the war.

A graduate of Abbot Academy (which later merged with Phillips Academy) and Wellesley College in Massachusetts, Young became a trailblazer in marketing during three decades at Grey Advertising, pioneering the use of psychographic research and brand character.

In the early 1990s, she became involved in GM's efforts to expand in China and was asked to move to Shanghai, where she was made vice-president for China Strategic Development and Asia Pacific counselor. In that capacity, she worked to achieve GM's goals by understanding the needs of its Chinese counterpart and of the many entities that had a role in the auto industry and the joint venture approval process.

Young's business success led her to be invited to serve on the boards of many corporations, often as the first woman and the first Asian American. The corporate boards she served on include Bank of America, Bell Atlantic/Verizon and Holiday Inn/Promus/Harrah's. She also served as the vice-chairman of the nominating committee of the New York Stock Exchange.

In 1990, Young helped establish the Committee of 100, together with other prominent Chinese Americans, including the late architect I.M. Pei, the cellist Yo-Yo Ma and the philanthropist Oscar Tang, and remained active in the organization for the rest of her life. She also was a founding member of the Committee of 200, an international organization of leading businesswomen.

Talking about her early education, which broadened her understanding of people, Young once wrote, "… everything is connected; it ultimately doesn't matter whether it's art, or economics, or language, they're all connected. So if you can connect the dots, you really can make things happen."

Having served on the boards of many arts organizations including the New York Philharmonic, the Shanghai Symphony Orchestra, the Lang Lang International Music Foundation and the National Dance Institute, Young was certainly one to "make things happen".

In 1997, she was instrumental in organizing a major concert to commemorate the 1997 return of Hong Kong to Chinese sovereignty.

In a gesture of love to her birthplace, Young created Dancing Into the Future, a collaboration between the National Dance Institute in New York, the China Welfare Institute Children's Palace and the Shanghai Minhang school district that has given more than 10,000 primary and middle school students from diverse socioeconomic backgrounds the opportunity to study dance.

In 2018 and 2019, Young produced Wellington Koo the Diplomat – A Life in Song in Shanghai and New York, paying tribute to her late stepfather, a much-revered Chinese diplomat who signed China into the United Nations on June 26, 1945, and who married Young's mother in 1959.

A firm believer in the future of both the US and China, Young told China Daily in March, "China did a fantastic job not just for its people but for the whole world, but at the same time, I have faith in America to be able to deal with the current pandemic using its own strength."

At the time of her death, Young was completing a professional memoir titled From an Outsider to an Insider: Getting to Win-Win.

In one of her previous interviews, Young recalled answering questions from her potential employers about her long-term goal. "Making the world a better place" was her answer.