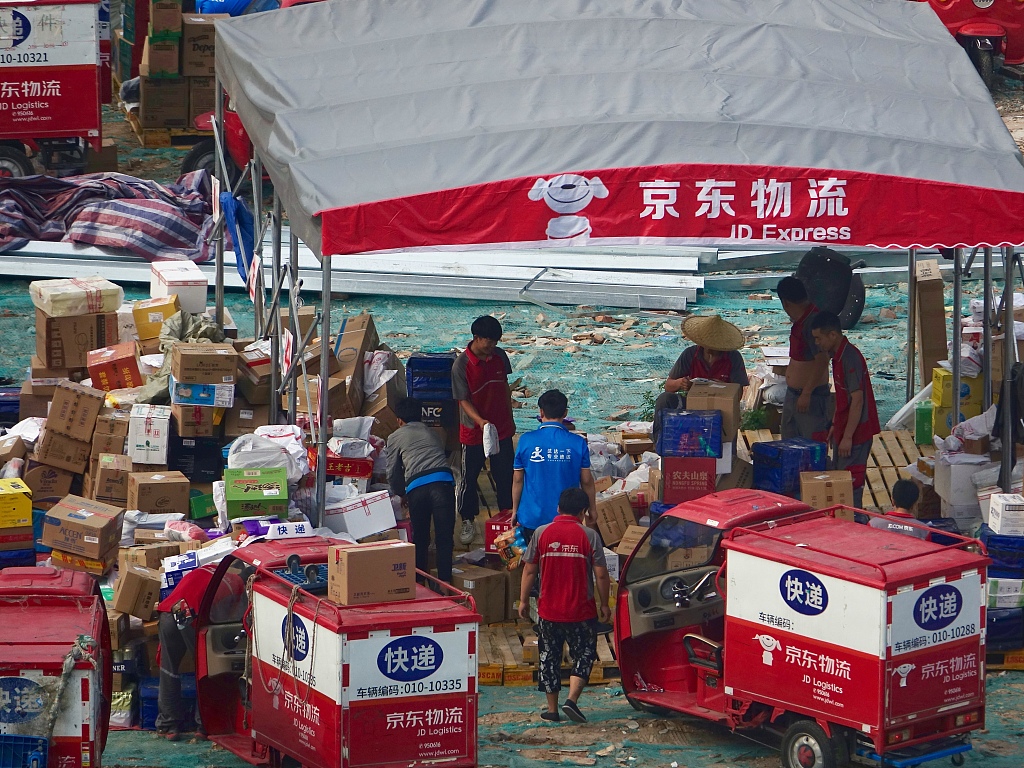 JD, the company behind the creation of the festival to mark its anniversary, saw 201.5 billion yuan ($31.53 billion) worth of orders to close the campaign on Wednesday, exceeding 159.2 billion yuan a year ago, a year-on-year increase of 26.57 percent.

Suning said its order volume jumped by 133 percent year-on-year during June 1 to 18 at 18:00 pm, with the home appliances order volume growing 83 percent.

Juhuasuan, Alibaba's group buying branch which serves as an entrance to online retail platform Tmall, grabbed market share in low-tier cities and towns. During this year's shopping promotion event, Juhuasuan recorded 86 percent growth in transactions year-on-year, and over 100 percent increase in the number of buyers and spending from third-tier to fifth-tier cites from a year ago, as well as registration of 300 million new users on Alibaba's platform after the promotion.

The sales figures recorded by the festival show a vibrant market and consumption upgrading trend in China.

Within the first minute of the shopping campaign, the sales of beauty care products broke through 100 million yuan; one hour later, the sales of eye cream, lipstick, and perfume rose 300 percent, 239 percent and 290 percent year-on-year, respectively; and the sales of baby and maternal products surpassed 500 million yuan at the 17th minute, according to Tmall's data.

In addition, consumption in niche market also showed a boom, with sales of customized jewelry rising more than a tenfold, pet consumption by nearly 200 percent, and sales growth of Gundam toy models up more than 130 percent, according to Taobao's data.

On June 16, sales of Hanfu, Chinese traditional clothing, also saw a year-on-year rise of 320 percent, based on data from Taobao.