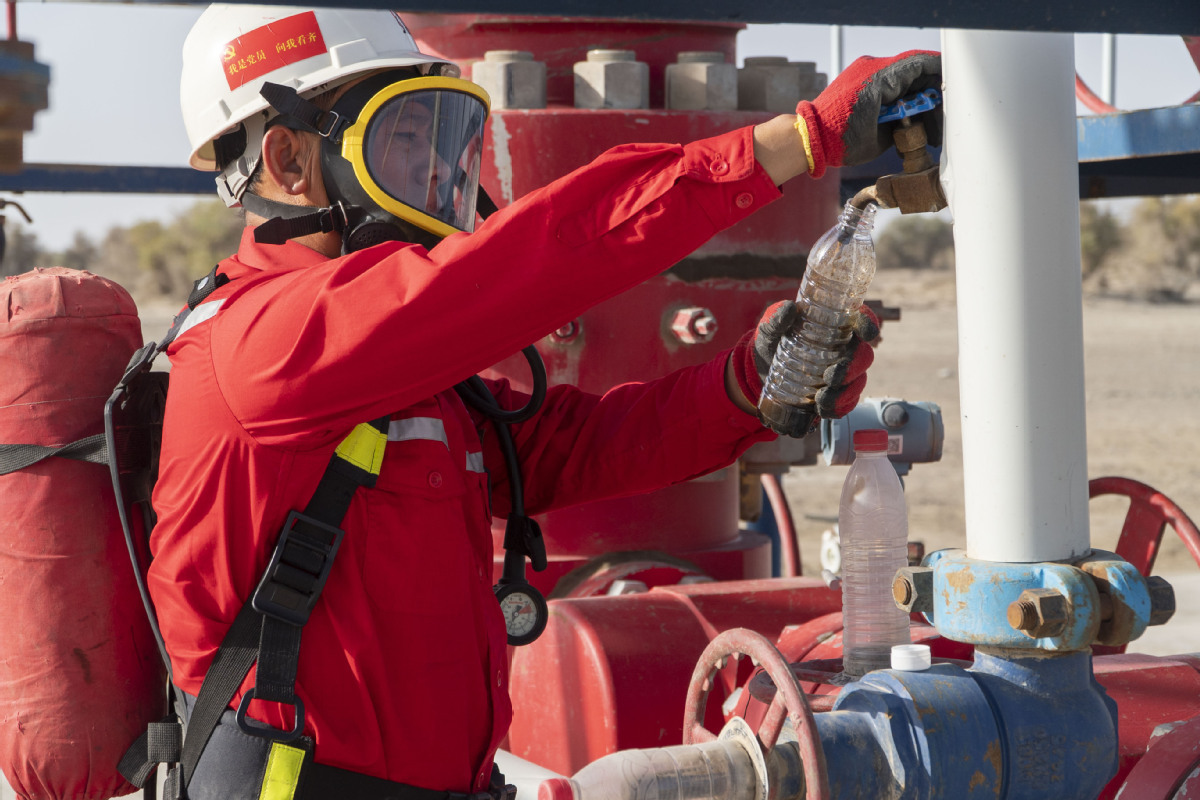 A Sinopec employee collects an oil sample at the Shunbei oil and gas field in the Xinjiang Uygur autonomous region. (Photo: Xinhua)

The Shunbei oil and gas field in Northwest China's Xinjiang Uygur autonomous region has produced more than 3 million tons of crude and more than 1 billion cubic meters of natural gas since its discovery in 2016, said its operator, China Petrochemical Corp, on Tuesday.

The gas discovery is equal to 6.1 million households' daily gas demand for one year, the company said. It has further ensured adequate gas and oil supplies for the country‘s energy-consuming eastern regions, ensuring the bright exploration and exploitation prospects of the gas and oilfield, the company said.

With a reservoir at an average depth of more than 7,500 meters, the Shunbei oil and gas field is considered to be one of the deepest such fields in the world.

China‘s dependence on gas and crude oil imports has been growing in recent years, with 46 percent of its gas requirements depending on imports, and that for oil reaching 73 percent.