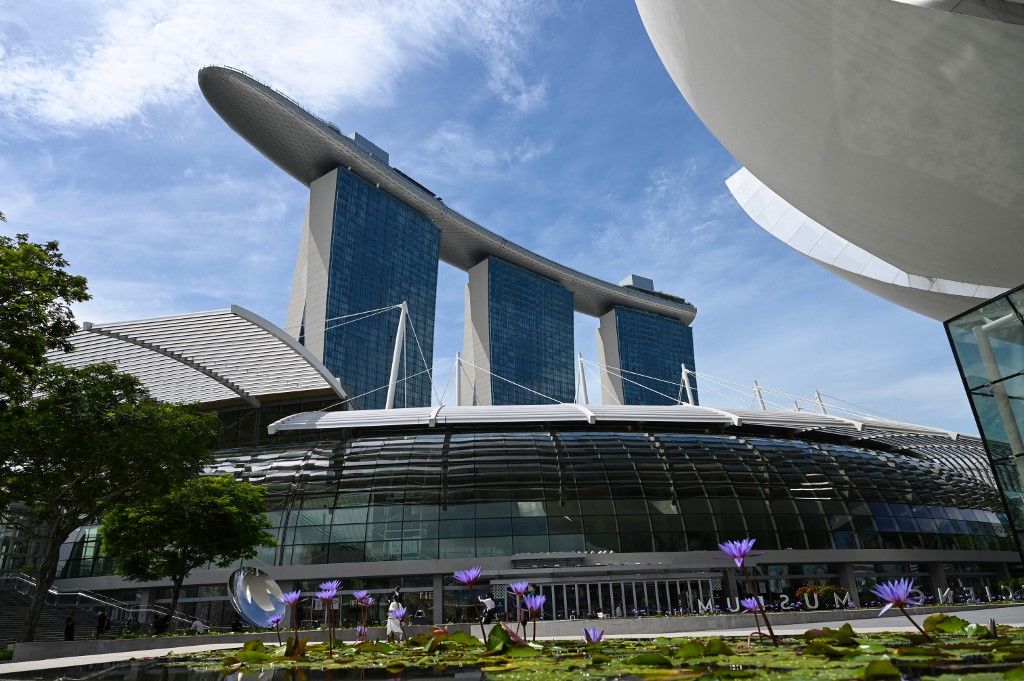 The Marina Bay Sands hotel and resort is seen from the ArtScience Museum in Singapore on March 31, 2021. (Photo: AFP)

SINGAPORE, March 31 (Xinhua) -- The Singapore International Arbitration Centre (SIAC) announced on Wednesday that it set a new record with 1,080 new case filings in 2020, which is the first time that SIAC's caseload has crossed the 1,000-case threshold.

SIAC, which commenced operations in 1991 as an independent, not-for-profit organization, said in its 2020 annual report that of the 1,080 new cases, 98 percent were administered by SIAC, which is also a record, and two percent were ad hoc appointments.

Besides, 94 percent of the new cases filed with SIAC in 2020 were international in nature, it added.

SIAC also said that the total sum in dispute for 2020 was 8.49 billion U.S. dollars, which was a 4.9 percent increase from 2019. Besides, parties from 60 jurisdictions chose to arbitrate at SIAC in 2020. India, the United States and the Chinese mainland topped the foreign user rankings. Other top foreign users encompassed a broad spectrum of civil and common law jurisdictions, including Switzerland, Thailand, Indonesia, China's Hong Kong Special Administrative Region, Vietnam, Japan and Cayman Islands.