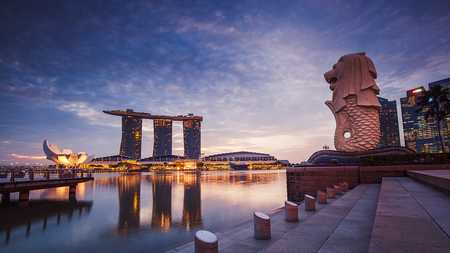 Singapore's gross domestic product (GDP) for the third quarter fell by 7 percent year-on-year based on advance estimates, compared to a 13.3-percent contraction in the second quarter, Singapore's Ministry of Trade and Industry said on Wednesday.

On a non-annualized seasonally-adjusted basis, the Singapore economy grew by 7.9 percent quarter-on-quarter, compared to a 13.2-percent contraction in the previous quarter.

The ministry attributes the improved performance in the third quarter to the phased re-opening of the economy following the Circuit Breaker which was implemented between April 7 and June 1.

The Circuit Breaker measures included the suspension of non-essential services and closure of most workplace premises.

In a breakdown, Singapore's manufacturing sector expanded by 2 percent year-on-year in the third quarter, thanks to output expansions in the electronics and precision engineering clusters, which were in turn driven by robust global demand for semiconductors and semiconductor manufacturing equipment.

The construction sector contracted by 44.7 percent year-on-year, extending the 59.9 percent decline in the previous quarter. Construction output in the third quarter remained weak on account of the slow resumption of construction activities due to the need for construction firms to implement safe management measures for a safe restart, said the ministry.

Meanwhile, the services producing industries contracted by 8 percent year-on-year, an improvement from a 13.6-percent decrease in the previous quarter.

The advanced GDP estimate figure released on Wednesday were computed largely from data in the first two months of the quarter, according to the ministry. These figures are intended as an early indication of the GDP growth in the quarter, and are subject to revision when more comprehensive data become available.

The ministry said it will release the preliminary GDP estimates for the third quarter in November.