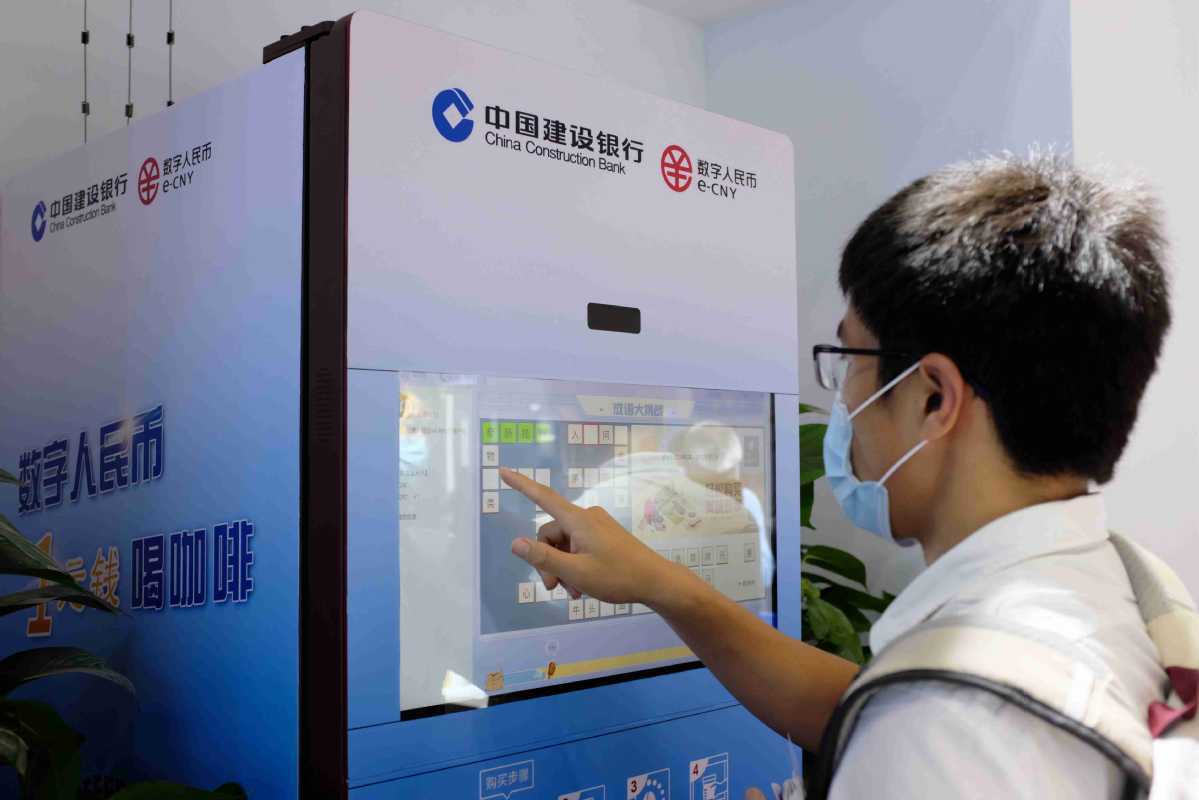 The proposed carbon exchanges will be the transformed versions of traditional exchanges, he said.

"We believe that China has great development prospects in terms of carbon finance, green finance and carbon exchange," he said.

These fields, however, are still nascent and have a long way to go, promising big room for future growth, said Wu.

Temasek is willing to act like a bridge to promote the gradual formation of carbon markets in China and the rest of the world, and stabilize the pricing mechanism of carbon products, he said.

Liu Hui, Temasek's managing director in China, said the company is exploring trading platforms in areas like green credit, green bonds and green assets, including cross-border trading, and will seek to build new green finance institutions. "We are in the early stage of research."

Temasek will seek to establish a set of global unified standards for green financial assets, especially for the identification, pricing, transfer and exchange rules in the financial markets, said Liu.

"We need to reach a global consensus, which is a foundation and framework for the future development of green finance. Now Temasek is actively participating in it."

As "carbon neutrality" becomes one of the hot topics in China, Temasek has seen opportunities in the country's sustainable development plans in the fields of manufacturing, agriculture, clean energy, transport and green finance.

Temasek itself is committed to achieving net zero portfolio carbon emissions by 2050.

Temasek's management team in China led investments in some high-tech companies such as EAVision, which is known for its intelligent agricultural unmanned aerial vehicle, or UAV, that can deliver pesticides to targeted spots in small amounts; Abiochem Biotechnology Co Ltd in Shanghai, a promoter of green chemistry that employs biocatalysts in place of traditional chemical catalysis; and Momenta, whose autonomous driving software can promote carbon emission reduction through driverless travel.

As for "digitalization", Liu said Temasek has noticed the applications of China's central bank digital currency, or e-CNY, which is mainly used to improve the convenience and encryption technology of online payments.

"At present, its usage is still within China, and we will monitor whether the future development of the e-CNY will be extended to other fields," Liu said.

Last week, Temasek reported a record high net portfolio value of about S$381 billion ($283 billion) for the financial year ended March 31. It was up by S$75 billion from a year earlier.

Temasek's annual report showed one-year total shareholder return was 24.53 percent, and this return, since the company's inception in 1974, showed an annualized 14 percent compounded over 47 years.