China's e-commerce market has given birth to billionaires. Now, with the annual Singles Day global shopping festival just around the corner on Monday, more foreigners are joining the online gold rush. They want to sell products not only in China but in their own countries. 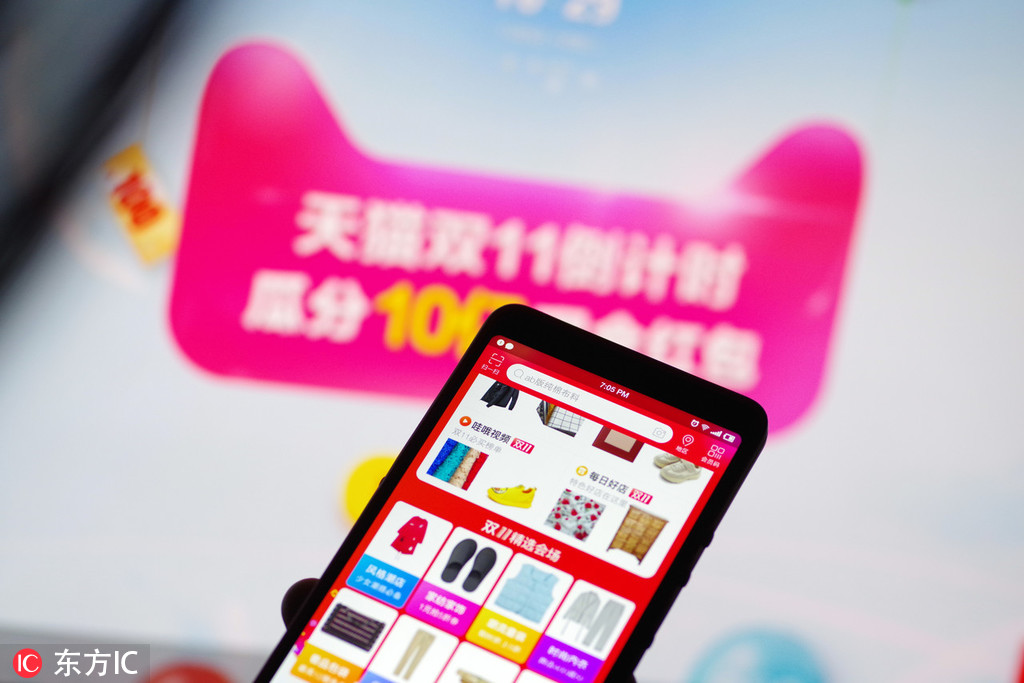 "This is always the most exciting and busy time of year for us — Nov 11 sales and the Christmas shopping season," said Jay Thornhill, head of product development at Shanghai-based Baopals, a website that translates product information on Taobao and Tmall into English for foreigners in China.

"Our team is excited about the Double Eleven spree this year and we'll have the team working 24 hours a day to make sure orders are processed smoothly," Thornhill said on Monday.

Baopals, which was launched in 2016 by United States citizens Charlie Erickson, Tyler McNew and Thornhill, has nearly 60,000 registered users, mostly foreigners, with 18,000 joining in the past year.

The site aims to make the entire online shopping experience simpler for foreigners, from finding products to receiving customer service in English.

Thornhill said that nearly 1 million items have been purchased on Baopals so far this year — merchandise valued at more than 60 million yuan ($8.5 million) — with customers evenly split between male and female. Of the customers, 25 percent are based in Shanghai, 20 percent in Beijing and 13 percent in Guangdong, the top three places where foreigners live.

More foreigners like Thornhill are tapping the online gold mine either through cross-border e-commerce or as purchasing agents who buy products made in China and sell them in their home countries.

A Rwandan who studied at Jinhua Polytechnic and goes by the Chinese name An Ping registered a company in China in May — Zhonglu International Trading Co — to smooth international business transactions with Africa.

"When I came to China in 2014, I found that goods here are high quality and cheap. Inspired by my interest in business, I came up with the idea of selling Chinese goods to people in Africa," he said.

His story went viral online recently because of the fortune he made taking advantage of the low prices of Singles Day to lure purchasers in his home country to place orders in advance.

An told Zhejiang Daily that he is adept at using e-commerce and social media platforms to facilitate his business. He buys samples from China's e-commerce platforms such as Taobao and displays them in a shop in Kigali, Rwanda. Then he makes bulk purchases of those items that are most popular with people there.

In the beginning, most of his customers were family members and friends, but now he is helping more than 10,000 people from African countries — Rwanda, Uganda and the Democratic Republic of Congo — to buy Chinese goods.

"Bags, shoes, mobile phones, Chinese books and tea made in China are among the items that sell best in Africa," said An, who spends around 30,000 yuan per week to purchase items for his friends in Rwanda.

There's a public group on Facebook called "The Lao Gan Ma Appreciation Society" for global connoisseurs of Lao Gan Ma chili sauce from Guizhou province. The group has more than 2,900 members worldwide, and many have shared pictures of Western food seasoned with the Chinese sauce.