Chinese and British auto sectors symbolically joined hands on Tuesday as the China Association of Automobile Manufacturers, known as CAAM, and Britain's Society of Motor Manufacturers and Traders, or SMMT, signed a cooperation agreement in London. 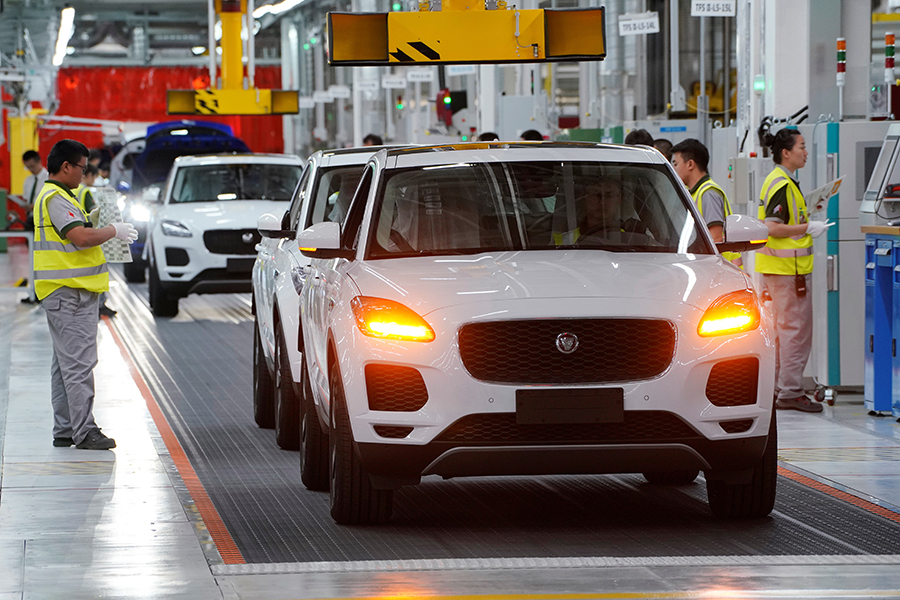 China is the world's largest vehicle market and producer, and the United Kingdom is Europe's fourth biggest auto manufacturer. The partnership will strengthen ties in manufacturing, connectivity and autonomous vehicles, low and zero emission technology, and in the supply chain including battery research and development.

"Our new cooperation with SMMT is helpful so we can learn from each other and expand investment and collaboration in a wide range of areas based on existing joint projects," Fu Bingfeng, executive vice-chairman and secretary general of CAAM, said.

"With the revolution of intelligence and electrification underway, it's crucial to promote the healthy development of the Sino-UK automotive industries," Fu added.

"The UK's doors are well and truly open for business with key global partners such as China. Both nations have leading reputations in automotive engineering and production and this agreement builds on an already strong relationship with scope to open up new business opportunities in both markets," Hawes said.

"In a period of unprecedented change for the automotive sector, and bearing in mind the scale of investments needed to drive this change, close collaboration between nations will be essential if shared ambitions are to be met," he explained.

The agreement was signed at a news conference ahead of the SMMT International Automotive Summit. The summit showcased keynote speeches and panel discussions given by executives from different backgrounds including the political, economic, academic and media sectors and auto industries.

One of the topics was "UK, Europe and Global Trade", which included three speakers. They are minister from the Chinese embassy in the UK, Chen Wen, Germany's ambassador to the UK Peter Wittig, and senior fellow at the German Marshall Fund of the United States, Peter Chase.

According to Chen, China's auto industry has some new developments despite falling car sales and production in 2018.

One of the developments, she said, is the integration of high-tech with the auto industry. An example of this is how high-tech giants such as Baidu and Alibaba have done a lot to integrate the traditional auto industry with the application of new technologies.

Another trend is the boom in new energy cars. Sales rose 61 percent year-on-year in China last year, with more than one and a quarter million such cars being sold in the country.

"We view the world today as a global village, it is a world where countries are mutually dependent on each other," Chen said, adding that "in the globalized world, we have to work for common interests, and win-win results".