Chinese Vice Premier Liu He and US Trade Representative Robert Lighthizer and US Treasury Secretary Steven Mnuchin will hold a new round of high-level consultations on US economic and trade relations from February 14 to 15 in Beijing. 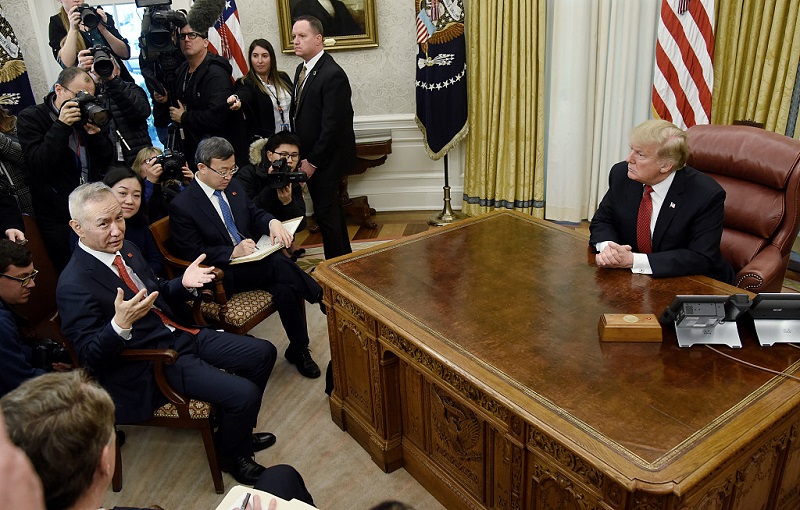 US President Donald Trump (R) listens to China's Vice-Premier Liu He (L) during a meeting to discuss trade issues in the Oval Office of the White House January 31, 2019 in Washington, DC. (File photo: VCG)
The two sides will further discuss the issue of common concern on the basis of the recent consultations in Washington. The US team will arrive in Beijing on February 11, Xinhua News Agency reports.