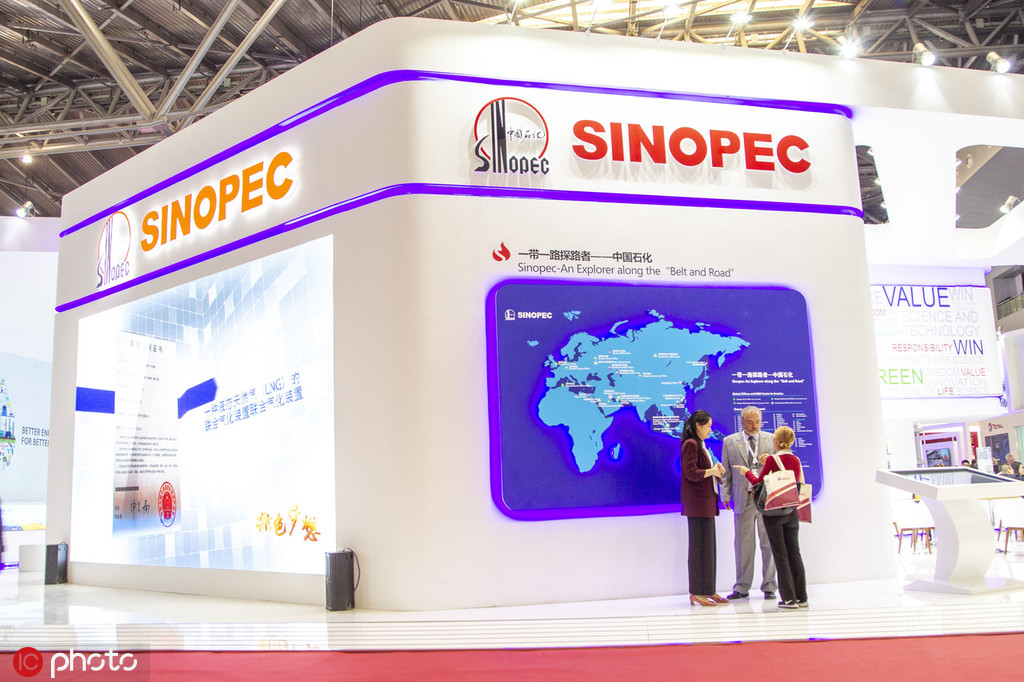 People are seen in front of a Sinopec Group stand during a conference in Shanghai on April 1, 2019. (Photo: IC)

Energy and chemical giant Sinopec Corp on Sunday reported higher first-half revenue this year because of stronger demand for gas and oil.

"Sinopec's revenue growth came amid a demand increase for oil, gas, and chemical products like ethylene," said Lin Boqiang, head of the China Institute for Studies in Energy Policy at Xiamen University.

"There are many challenges that the company faces like weak oil prices, uncertainties from the global oil market and the problem of overcapacity that China's chemical industry has been facing, which are the possible reasons for the slump in its net profit," Lin added.

The company's production of gas and oil garnered 103.8 billion yuan for it in revenue, up 18.1 percent compared with the same period last year. Aside from an increase of sales volume, Sinopec said the revenue increase was also due to a rise in the sales price for gas and liquefied natural gas.

Sinopec's crude oil processing, refined oil production, and naphtha production contributed 597.8 billion yuan to Sinopec's revenue, up 0.8 percent year-on-year. The company said the increase was mainly due to a rise in production efficiency and sales volume.