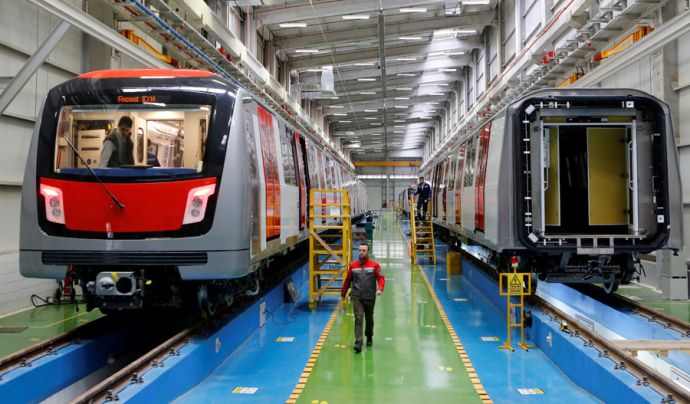 Technicians check trains at a Turkish firm in Ankara, which is in partnership with China Railroad Rolling Stock Corp. (Photo: Xinhua)

The company last year served projects ranging from oil and gas and mining to transport infrastructure in 84 countries and regions.