There's long been a controversy over whether Chinese economic growth is over- or understated. The contribution of investment to GDP growth reached a 17-year low in 2017, which is divergent from the strong performance suggested by high-frequency economic data. The gap suggests the possibility of GDP underestimation. 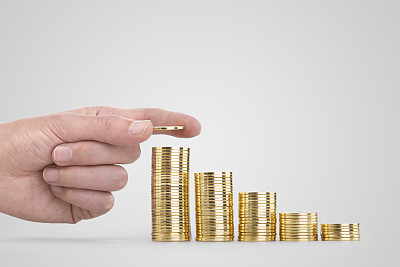 Economic data last year exceeded expectations and ended a downward trend that began in 2010. GDP growth rebounded to 6.9 percent in 2017 from 6.7 percent in 2016 driven by investment, consumption and net exports. In particular, the net export contribution reversed from negative 0.7 percent to a gain of 0.6 percent. 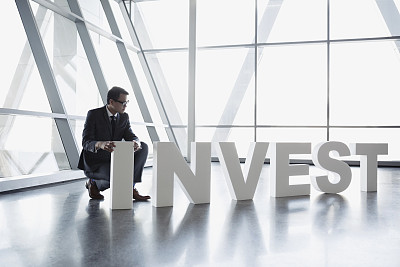 Manufacturing industry sentiment significantly improved, as the Purchasing Managers' Index for 2017 averaged 51.6, the highest level since 2010.

Medium- to long-term loans were at their highest in nearly two years, with increasing demand for business loans as a result of stronger production. More public-private partnership projects started, also confirming the trend.

The growth of infrastructure construction investment was at a three-year high of 19 percent in 2017, especially in the areas of environmental protection, road transportation, public facilities, water conservation and other investment.

Industrial profits rebounded sharply, rising 21 percent in 2017, the fastest pace since 2011, with outperformance by State-owned enterprises.

Rail freight, which can serve as a proxy for industrial production and investment, expanded 10.1 percent last year to 2.92 billion tons.

In 2017, the output of crude steel in China was 830 million tons, up 5.7 percent year-on-year. Allowing for the reduction of production capacity of 50 million tons, the fact that steel output still grew at such a remarkable pace showed the strong demand for construction.

The heavy truck market improved in 2017, with production and sales of 1.15 million and 1.12 million, respectively, for gains of 55.1 percent and 52.4 percent. The market resembled that of 2010, when China's massive economic stimulus took effect. Similar conditions were observed in the construction machinery industry.

According to these high-frequency data, it is hard to make sense of the low investment contribution to GDP. Some commentators have attributed this anomaly to price factors.

The price factor is crucial, but it doesn't provide a full explanation, since the data above reflect absolute numbers, which removes the influence of the price factor. Therefore, it is doubtful whether the investment contribution was understated.

Though data distortions may have underestimated its contribution, investment in 2017 did signal a slowdown in the context of China's deleveraging and increasing spending on environmental protection. In 2018, the trend will continue in fixed-asset investment.

Considering that real estate regulations are gradually tightening, indicators such as real estate sales and new construction have started to fall. In 2018, real estate investment is expected to be under greater downward pressure.

As for manufacturing investment, despite anticipated robust growth in the high-technology segment, the growth of heavy industry and traditional industries will probably decelerate because of more stringent pollution control measures.

China's economic growth exceeded expectations - and it might even have been better than we thought because of the underestimation of investment's contribution. However, in 2018, China's policy stance has shifted from high-speed growth to high-quality growth. Measures such as deleveraging and environmental protection will be put into practice, driving investment to continue to decline.

The author is managing director and chief economist with Mizuho Securities Asia.