BUSINESS Smaller US companies depend on Chinese supply chain

Smaller US companies depend on Chinese supply chain

Although US President Donald Trump has vowed to impose tariffs on everything coming in from China, many small and medium-sized US enterprises don't want to leave China. Why? We may find the answer in the construction of the state-of-the-art Beijing Daxing International Airport, which was inaugurated on Wednesday. 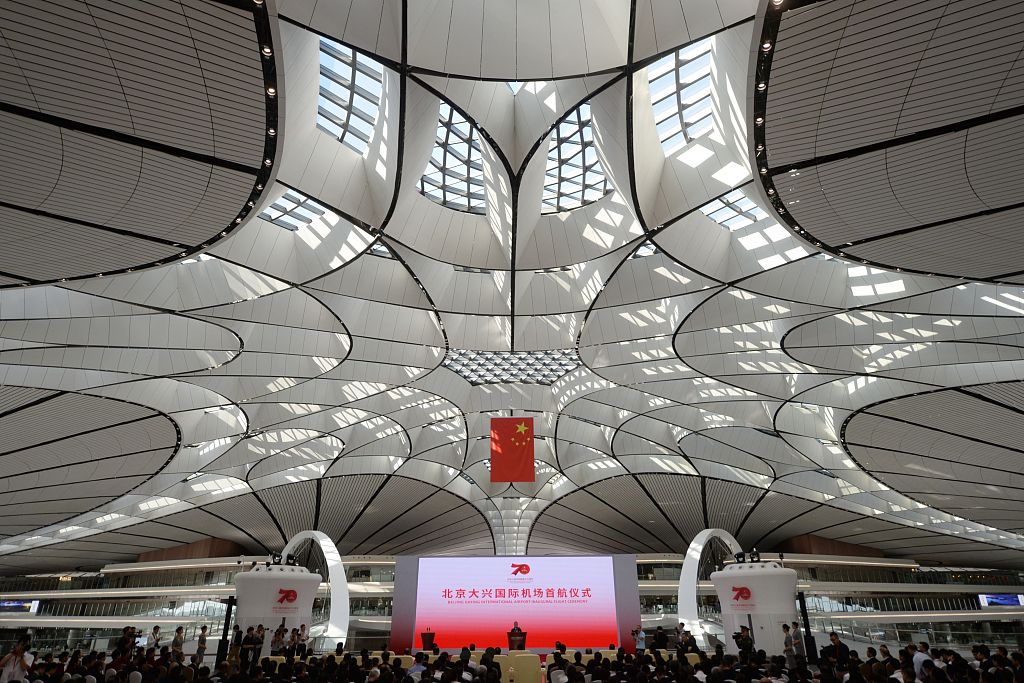 Started on December 26, 2014, the construction of the world's largest single-structure airport terminal - with an area of more than 1 million square meters - was completed on June 30, 2019.

The construction reflected China's highly efficient logistics, highly developed industry and the hardworking spirit of the Chinese people, which formed the foundation of the country's manufacturing and its leading position in the world. In the meantime, it is also the reason small and medium-sized US enterprises are choosing to remain in China.

China has a manufacturing industry system of the largest scale. That is a fact that neither Trump nor any political force can change. Howsoever Trump ordered US companies to find alternatives to manufacturing in China and bring their companies back to the US, they are not planning to do so.

The added value of China's manufacturing industry, an engine to prop up global industrial growth, accounted for more than 28 percent of the world's total in 2018.

China has also surprised Americans with the most complete supply chains in the world. "You need a thousand rubber gaskets? That's the factory next door. You need a million screws? That factory is a block away. You need that screw made a little bit different? It will take three hours," one former high-ranking Apple executive was quoted as saying in a New York Times report.

Almost all Chinese factories competing with their international peers are survivors and winners of fierce domestic competition. Such competition makes these factories master the most efficient and cost-saving technology, unmatched around the world.

The stable policy environment guaranteed by the Chinese government is another reason why many companies are reluctant to move production away from China.

It is a globally shared interest that certainly benefits the US by helping the country maintain its inflation at a low level. It also enables small and medium-sized US companies to sustain and advance using Chinese suppliers.

It is impossible for the US to be "great again" if it cuts off the supply chain of China as small and medium-sized companies don't have enough personnel and financial resources to quickly find alternative suppliers.

In the meantime, we have to keep in mind that China still has a long way to go before it can equal the US in high-end manufacturing. Continuous development is needed in many aspects of China, while the fact that US companies are reluctant to leave China also shows that the US cannot decouple from China in various fields as well.