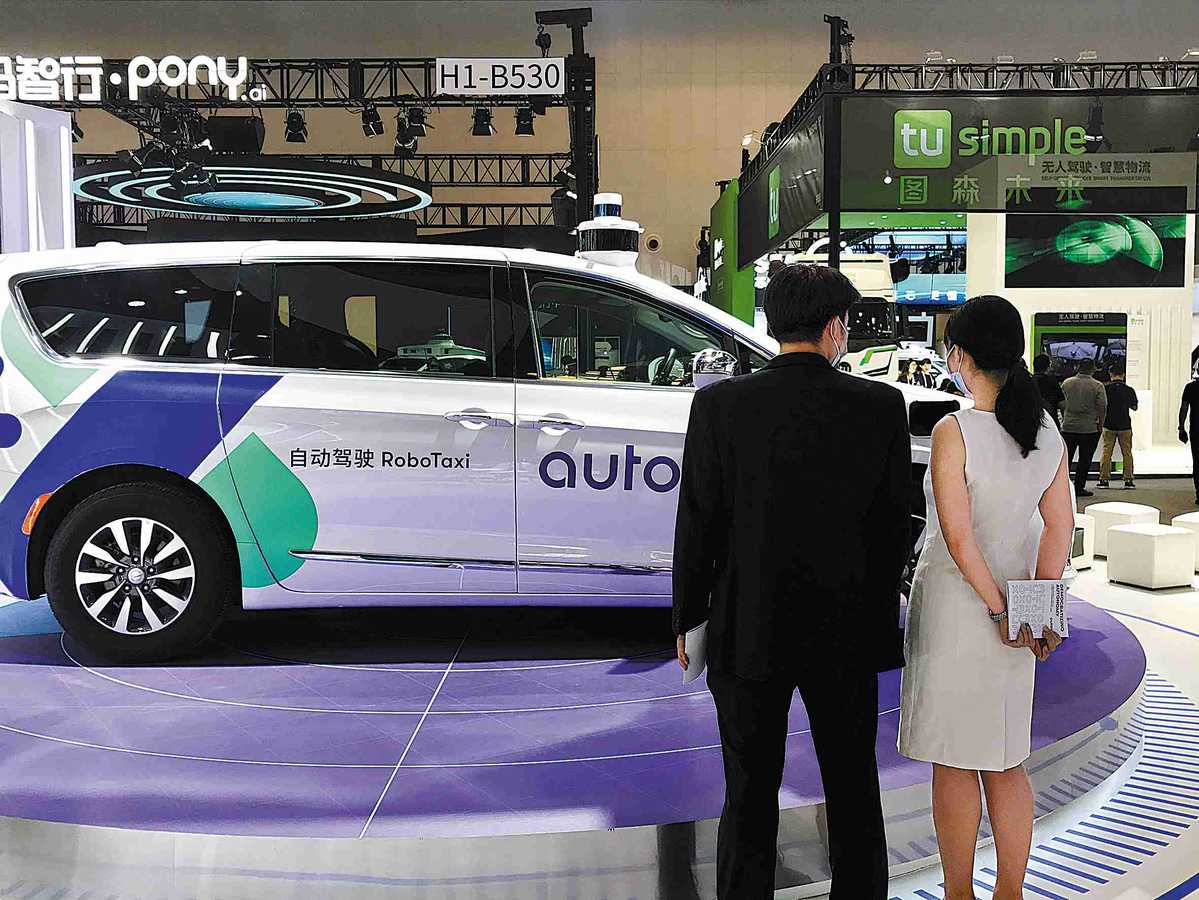 Carmakers ramping up development of intelligent features such as autonomous capabilities

Capital is still pouring into the smart driving sector despite occasional reports of technological failures around the world involving carmakers from Tesla to Nio. Analysts said 2021 will mark the sector's "taking-off" after it began leveling out around five years ago.

In the first half of the year, the smart driving sector in China attracted investment totaling 100 billion yuan ($15.65 billion), said Li Wei, executive vice-president of Chinese carmaker Changan, at a recent forum organized by Securities Daily in Beijing.

"On average, there was an investment every three days from January to June," Li said.

Investors' growing interest is partially the result of the public's growing acceptance of smart features such as autonomous driving.

"Our survey shows that around 30 percent would like to pay for smart features, and that signals a whirlwind of smart driving functions are moving fast toward us," said Li.

Li said Changan will double its efforts to speed up introducing smart driving functions into its vehicles.

The carmaker expects 70 percent of vehicles it sells in 2025, which would number 2 million, to have such smart driving functions as lane-keeping systems, adaptive cruise control and even automatic parking. Currently, such vehicles account for 10 percent of its sales.

Continuous technological progress from more powerful chips to sensors are beefing up investors' conviction in the sector's potential in freeing humans from the arduous task of driving.

Nvidia's latest Orin chip and Qualcomm's Snapdragon Ride will start being used on Chinese vehicles in 2022.

Nio's ET7 sedan, which will be launched in 2022, will feature a computer that can perform more than 1,000 TOPS, as well as a sensing system of over 30 sensors and high-definition cameras, according to the carmaker.

Qin Lihong, president of Nio, said while most carmakers are starting to offer electric vehicles, being electric alone is not enough to survive in an increasingly competitive market.

"The next litmus test lies in whether these vehicles are smart, with autonomous driving as the most prominent feature," Qin said.

Companies including Pony.ai and Baidu are accelerating efforts in developing robotaxis, offering pilot services in cities from Beijing to Shanghai, and autonomous trucks.

DeepWay, a Baidu-backed company, unveiled a heavy-duty truck last month. Powered by Baidu's Apollo system, the truck is expected to offer Level 3 automation on expressways when it is mass-produced in 2023. It is expected to achieve Level 4 capabilities on such roads between 2024-26.

Government policies are facilitating the technology's pilot use, paving the way for its commercialization.

Beijing has designated an area in its southern suburb of Yizhuang for carmakers to test driverless functions on more than 100 kilometers of roads.

A total of 18 licenses have been granted to Pony.ai and Baidu's Apollo, allowing them to test vehicles with the safety operators not sitting in the driver's seat. They started testing on Oct 19.

International carmakers are also speeding up their autonomous driving solutions in China.

Volkswagen is seeking Chinese partners for its smart driving solutions as well.

"We believe we need a strong Chinese partner or two on our side in order to comply with the forthcoming frame (of autonomous driving) in China," said Stephan Woellenstein, CEO of Volkswagen Group China, in an interview earlier this year.

In the United States and Europe, Volkswagen is working with US autonomous driving startup Argo.

"We try to keep the global synergies but in a China-specific way. We cannot do it alone," said Woellenstein.

Woellenstein did not reveal the names of possible Chinese candidates but he said they are in intense talks and Volkswagen is "coming to conclusion very soon who this partner will be".

Volkswagen is working with Chinese drone maker DJI on advanced driving assist functions to be used in vehicles produced in China.