As the world's biggest show in the mobile communications industry, the Mobile World Congress, or MWC Barcelona 2020, was canceled this year amid concerns about the virus outbreak, Chinese company Xiaomi Corp unveiled its latest smartphone on Thursday. 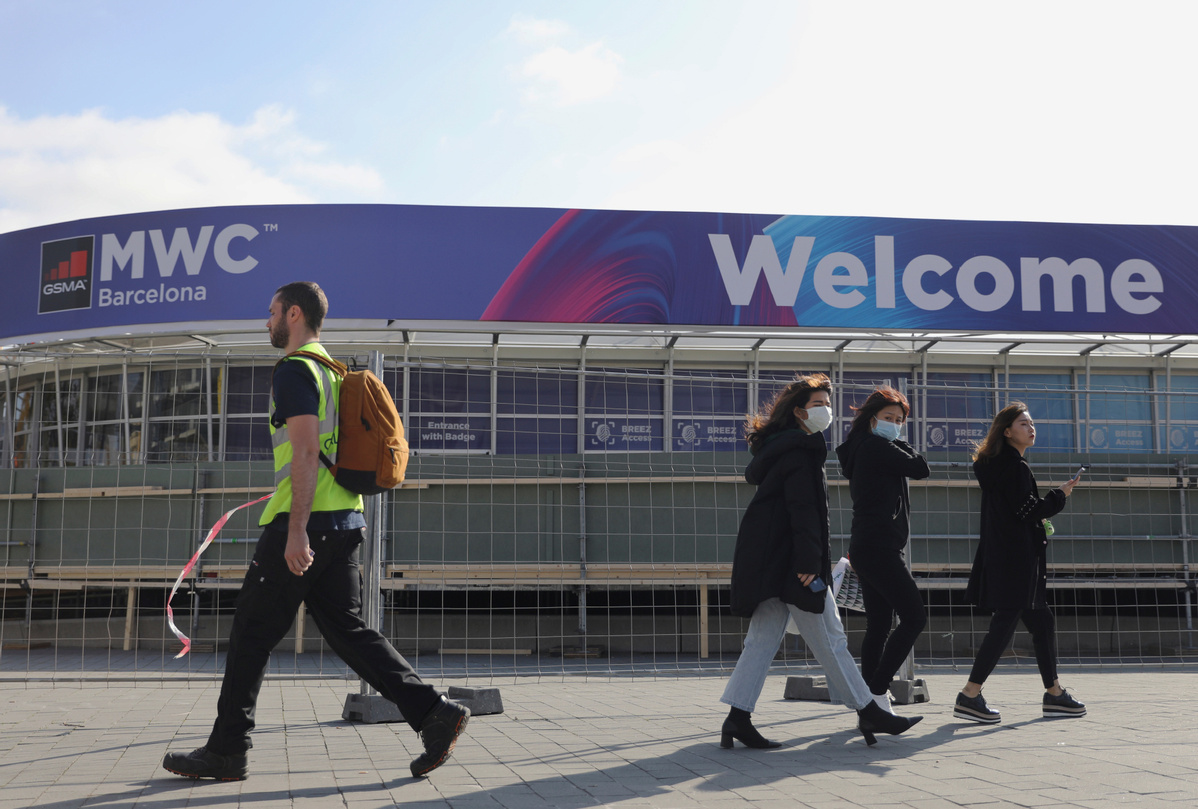 The first smartphone release in China since the novel coronavirus outbreak underlines how the nation's mobile industry is working to maintain normal economic activities despite the temporary obstacles caused by the epidemic, experts said.

It also underlines how the global electronics sector is joining hands to keep supply chains functioning at a time of common difficulties, they said.

On Thursday, the GSM Association, which organizes MWC Barcelona, said it has decided to cancel the event due to concerns about the novel coronavirus outbreak.

The MWC Barcelona 2020 was scheduled to take place between Feb 24 and Feb 27.

GSMA CEO John Hoffman said in a statement: "With due regard to the safe and healthy environment in Barcelona and the host country today, the GSMA has canceled MWC Barcelona 2020 because of global concern regarding the coronavirus outbreak, travel concerns and other circumstances, making it impossible for the GSMA to hold the event."

Before the decision, Chinese telecom equipment firm ZTE had said it would cancel a planned media preview of the exhibition over coronavirus fears, while Chinese smartphone maker Vivo said it would pull out of the event.

But a string of Chinese players including Huawei, Oppo and Xiaomi Corp had said earlier this week they planned to attend the event as scheduled, though with a largely reduced number of attendees and enhanced safety measures.

Xiang Ligang, a telecom veteran and director-general of the Information Consumption Alliance, a telecom industry association, said Chinese companies have been key participants and sponsors of MWC in recent years, but the ongoing epidemic would have greatly shrunk the size of their presence this year. As a result, canceling the event beforehand is a reasonable move.

The cancellation news came after market research company Strategy Analytics forecast that the Chinese market will ship 5 percent fewer smartphones than expected this year, with global smartphone shipments set to see a 2-percent drop as the outbreak of novel coronavirus affects supply and manufacturing.

Despite the pessimistic forecast, Chinese smartphone makers are working hard to maintain normal operations. On Thursday afternoon in Beijing, Xiaomi founder Lei Jun unveiled the company's latest smartphone series Mi 10 at a launch event that had no offline audience and was only livestreamed.

Wearing a mask, Lei opened the event and said: "Life may be impacted by the epidemic, but we cannot be defeated by the virus."

The senior executive said the company will pour 10 billion yuan ($1.43 billion) into research and development this year, as it officially marches into the premium segment.

The plan came after Xiaomi's revenue in 2019 exceeded 200 billion yuan, and its research and development spending topped 7 billion yuan.

Dubbed by the founder its first-ever attempt to dash into the high-end smartphone segment, the Mi 10, priced from 3,999 yuan, will be equipped with the US chip giant Qualcomm's Snapdragon 865 platform and a highly sophisticated and cutting-edge camera.

The Mi 10 will be available from Friday, showcasing that global electronics suppliers have been working to help ensure the delivery of the handsets, given that a smartphone usually involves hundreds of components from around the world, Xiang said.