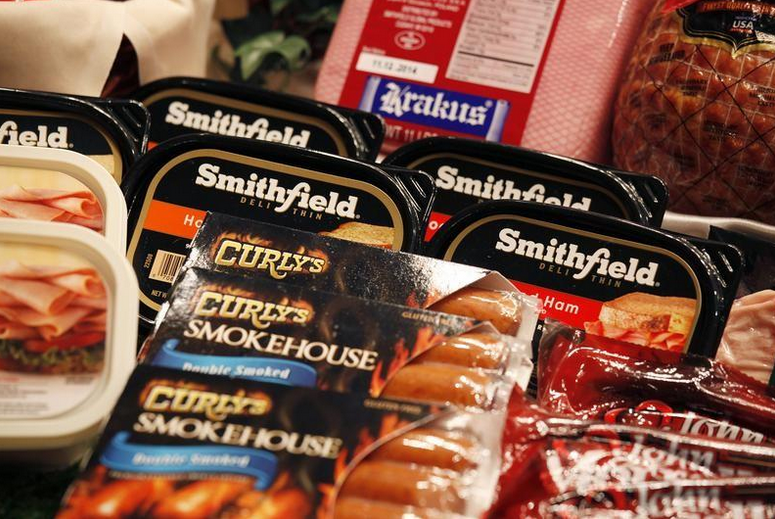 The move follows other international food companies that are looking to boost sales in the world’s top pork consumer through its vast e-commerce market, with a growing middle class developing a taste for branded and imported meat products.

The fresh food division of JD.com, JD Fresh, will be the online sales platform for Smithfield’s pork products in China, according to an agreement signed by Smithfield, Henan Shuanghui Investment and Development Co, which is also owned by WH Group, and JD.com.

Smithfield said in a statement on Tuesday that Shuanghui, Asia’s largest animal protein company, would be its domestic agent for the venture.

WH Group bought Smithfield in 2013 in a $4.7-billion deal aimed at tapping the massive supplies of U.S. meat for export to China.

JD Fresh is the largest direct sales fresh food platform in China, as well as the biggest online pork retail market in the country. In the first half of 2017, gross merchandise volume (GMV) for from direct sales of meats on JD increased more than 780 percent year-on-year, according to Tuesday’s statement.

JD.com’s meat sales have rocketed in recent years, reaching the hundreds of millions of yuan in 2016, with imported meat accounting for more than a third of its total sale of meat, a spokesman for the company said previously.

The products sold on JD will include bone-in cuts and variety meats, with a focus on small packaged frozen products, which are some of the types in highest demand in China, the statement said.

The parties will also cooperate on areas such as data and cold chain logistics.