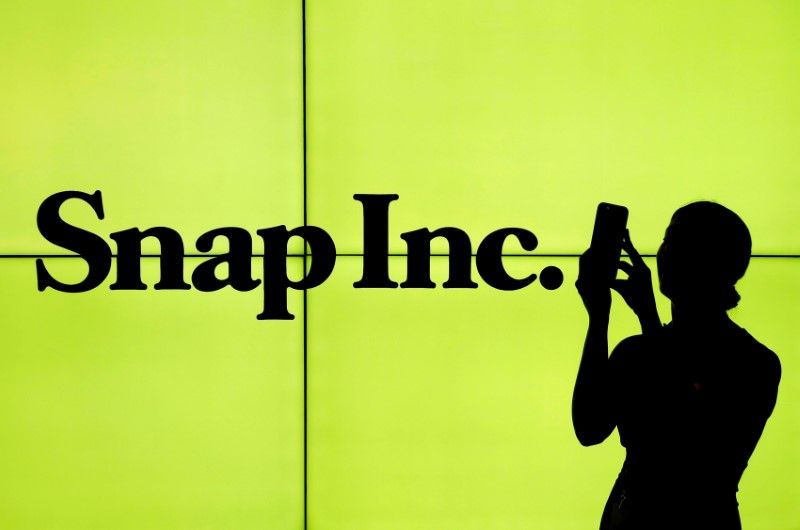 A woman stands in front of the logo of Snap Inc. on the floor of the New York Stock Exchange (NYSE) while waiting for Snap Inc. to post their IPO, in New York City, New York, U.S. on March 2, 2017. REUTERS/Lucas Jackson

Spiegel's pay package is based on stock-based awards worth $636.6 million and salary and other compensation worth about $1.2 million, according to a security filing by Snap on Thursday. (bit.ly/2ohmPC6) 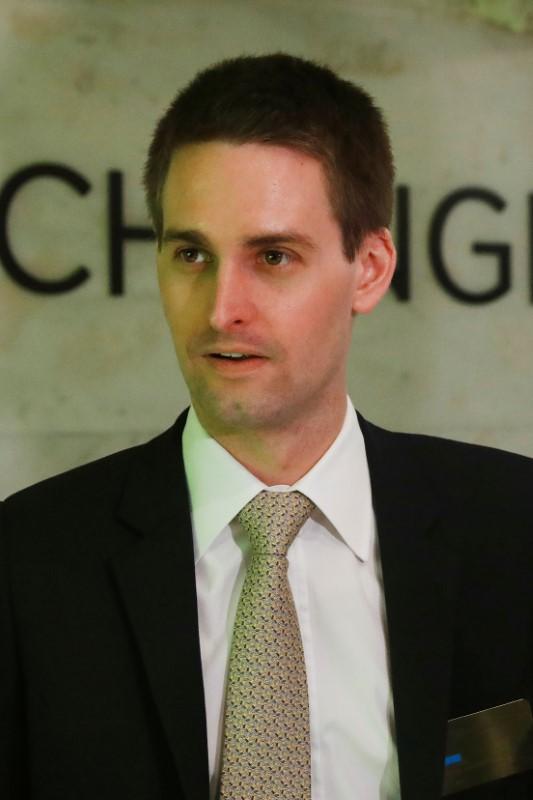 “I believe this is the largest value we have seen in the 10 years we’ve been compiling annual ‘highest-paid’ CEO studies,” said Dan Marcec, Director of Content at executive compensation data firm Equilar.

Shares of Snap rose in February above its IPO price of $17 for the first time since July.

The company’s shares fell 8 percent on Thursday and analysts attributed the losses to users taking issue with Snap’s latest redesign.