China's State-owned enterprises are taking the lead in resuming operations in an orderly manner, a government official said on Wednesday. 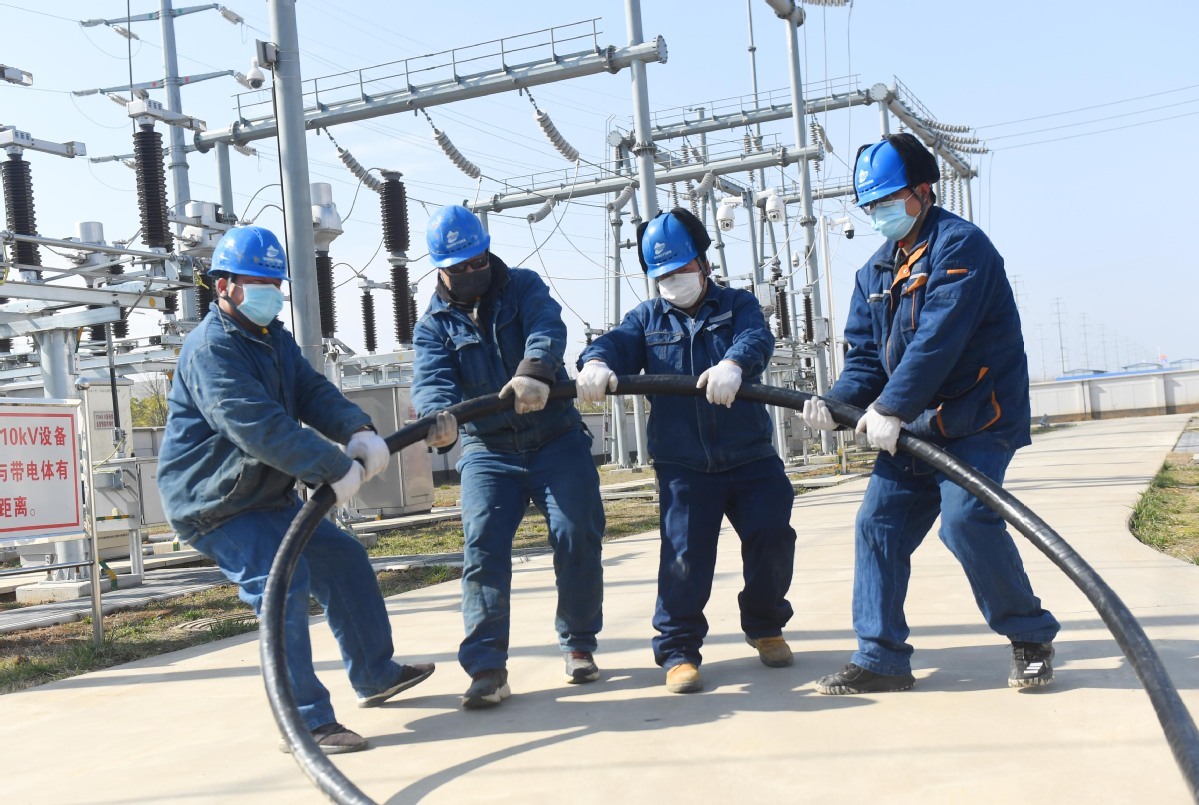 Employees from a power company in Chuzhou, Anhui province, install a cable at an industry park earlier this week. (Photo: China Daily)

"Currently, epidemic prevention and control is still the top priority. SOEs are also stepping up efforts in resuming work and production. As long as we guard with effective measures and make scientific arrangements, agglomeration risks can be avoided," Xia Qingfeng, director of the Publicity Bureau for the State-owned Assets Supervision and Administration Commission of the State Council, said during a press conference.

"It is necessary to formulate a thorough plan for resuming production, establish an effective protection plan and specific operating guidelines, and improve the working mechanism," he said.

Xia noted more than 80 percent of manufacturing subsidiaries of the 96 centrally administered SOEs have resumed production.

In the next step, SOEs will resume operation in an orderly manner based on different regions, industries and projects, Xia said.

According to Xia, based on local conditions, regions can adopt flexible arrangements in resuming work. For areas with a severe epidemic situation, their priority should be epidemic prevention and control. For regions with mild cases, on the basis of virus prevention and control, the local governments should strive to realize overall operation resumption.