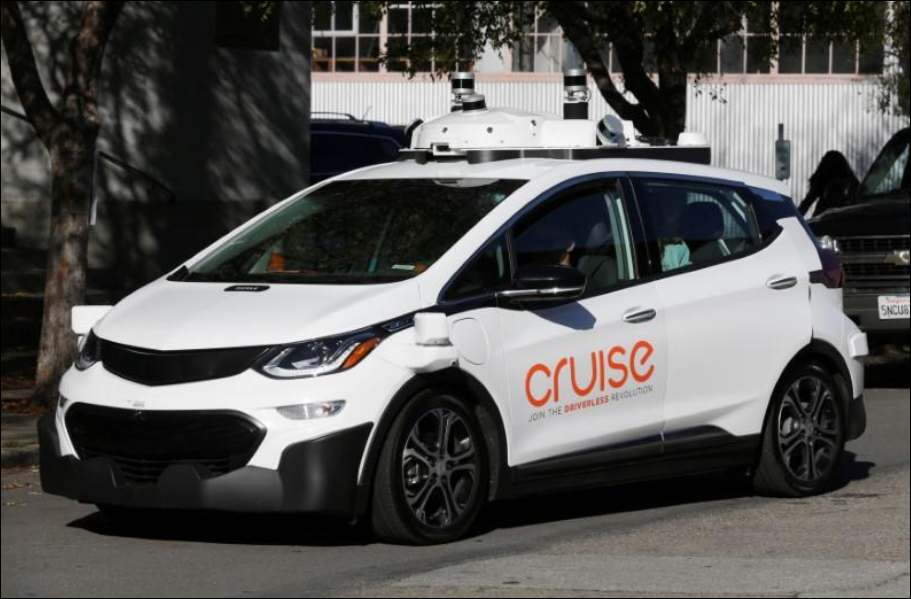 The move by SoftBank’s $100-billion Vision Fund is one of the highest profile, largest investments to date in self-driving technology, an industry that could revolutionize transportation but faces engineering, safety and regulatory challenges, as well as skepticism among potential users.

SoftBank has made a string of large bets in so-called mobility companies, such as ride services provider Uber Technologies Inc UBER.UL, expecting that transportation services for people and goods will explode. The Cruise deal extends that wager, betting that computers will displace drivers and cut operating costs.

GM Chief Executive Officer Mary Barra said GM might explore “other opportunities” with some of the companies that SoftBank has funded, including Uber, China’s Didi, India’s Ola and Southeast Asia’s Grab.

The partnership values Cruise at $11.5 billion, a figure exceeding some analyst targets and a triumph for GM, which was criticized for overpaying an estimated $1 billion for the startup two years ago.

The GM share jump on Thursday was the stock’s largest one-day gain since the company re-listed after its 2009 bankruptcy.

GM Cruise and Alphabet Inc’s Waymo are often described as leading the pack of technology and auto companies competing to create self-driving cars and integrate them into ride services fleets.

Alphabet, which plans to launch a robo taxi service later this year, underscored its own ambitions on Thursday, announcing a deal to buy up to 62,000 minivans from Fiat Chrysler Automobiles for its self-driving fleet.

That accident raised concerns around the United States about the terms under which self-driving cars should be allowed to test and operate.

Uber Chief Executive Dara Khosrowshahi on Wednesday also said he was in talks to use Waymo technology on the Uber network, a sign of how alliances and partnerships are still being formed.

‘REASON TO OWN’ GM

GM’s initial purchase of Cruise was met with skepticism over the price - a billion dollars for an unproven technology. Still, it ignited a deal frenzy in Silicon Valley and hiked self-driving startup valuations, both of which may accelerate after the SoftBank partnership.

Cruise operated with an unusual amount of autonomy after the purchase by GM, although Cruise CEO Kyle Vogt last year told a Fortune event that it was “not smooth sailing” at first. “It took us probably six months to a year to really figure out how to work well together and to achieve what we have now, which is mutual respect,” he said last July.

RBC Capital Markets analyst Joseph Spak said his firm had valued Cruise at $4 billion before the SoftBank investment. The deal affirmed that GM was one of the top contenders to deploy self-driving ride hailing. “GM has a meaningful seat at the table,” he said.

Barclays analyst Brian Johnson described the deal for GM as “a reason to own the stock again”.

GM will also invest $1.1 billion in the unit after the deal closes, the company said.

SoftBank Vision Fund will own a 19.6-percent stake in GM Cruise once the transaction is completed, and will hold one of six seats on the company’s board. Its investment will be held in a preferred security that can be converted to GM common stock after seven years.

SoftBank will initially invest $900 million and a further $1.35 billion when Cruise vehicles are ready for commercial deployment, subject to regulatory approval.

GM said it would break out reporting on GM Cruise financials as a standalone segment, starting in the second quarter. The automaker said it expects to spend about a billion dollars this year and next on self-driving vehicle development and commercialization.

SoftBank will a stake in a newly created unit, GM Cruise Holdings, whose assets include Cruise Automation, based in San Francisco, and Strobe, a small self-driving sensor developer that Cruise acquired last year.

GM President Dan Ammann said GM Cruise also would oversee monetization of data generated by the company’s self-driving vehicles, which he has said could provide greater margins than GM’s traditional business of buying and selling cars.