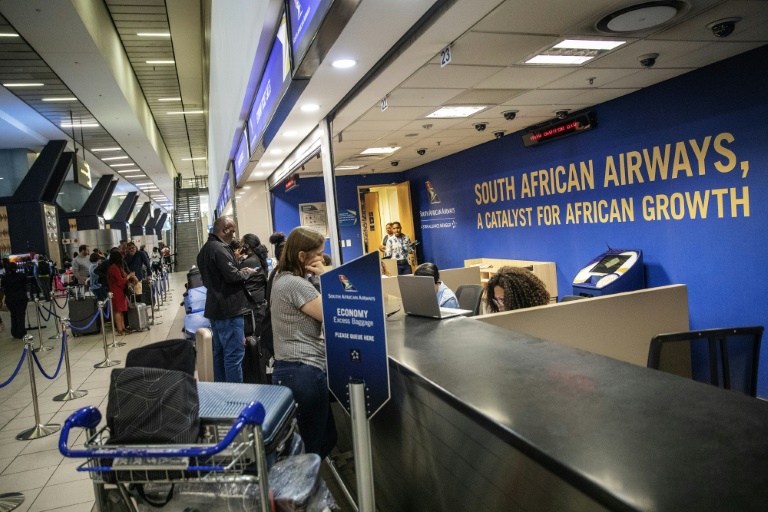 Hundreds of SAA flights have been cancelled. (Photo: AFP)

South African Airways on Saturday held a first round of mediated talks with unions, one day after its workers launched an open-ended strike that forced the embattled airline to ground hundreds of flights.

The walkout forced South Africa's cash-strapped flag carrier to cancel more than 300 domestic and regional flights between Friday and Monday.

"No agreement at this stage," SAA spokesman Tlali Tlali told AFP at the end of the day, adding that a new date would be set "to continue with negotiations".

Unions first threatened to strike after SAA announced this week that almost 1,000 employees could lose their jobs as part of a restructuring process.

Talks with management deadlocked after they failed to agree on wage hikes, prompting unions to press on with their threats.

SAA is offering a 5.9 percent pay rise, while unions are demanding an eight percent across-the-board hike and a three-year guarantee of job security.

"Our efforts are focused on finding solutions that accommodate the employee demands, safeguard the business and return operations to normal," said Kemp.

"We are exploring all possible avenues."

He added that it was a "critical time" for the company.

SAA is one of the biggest airlines in Africa. It employs more than 5,000 workers, with a fleet of more than 50 aircrafts providing dozens of domestic, regional and international flights each day.

But the carrier is deep in debt, despite several government bailouts, and has not posted a profit since 2011.

Tlali told AFP the airline was losing 52 million rand ($3.5 million) per day due to flight cancellations.

International flights are scheduled to resume on Sunday, said the airline, while regional and domestic flights remain cancelled until Monday included.