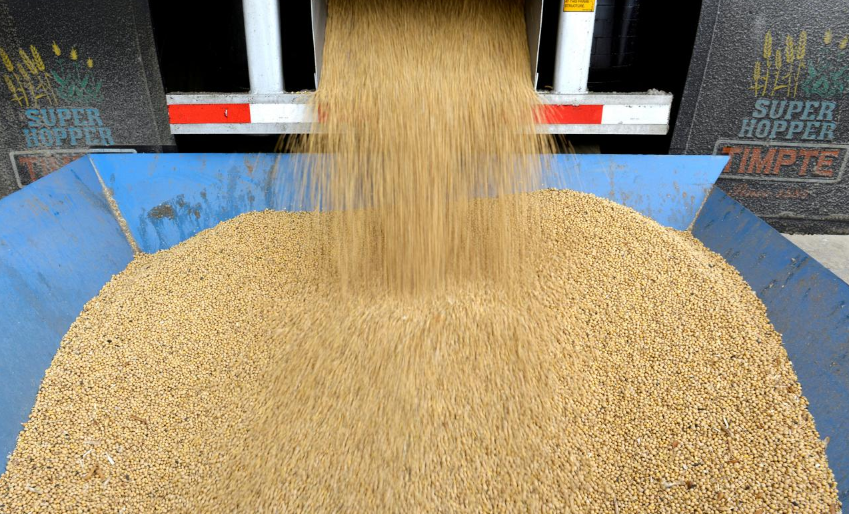 An incoming truckload of soybeans is unloaded at a farm in Fargo, North Dakota, U.S., December 6, 2017 (Photo: Reuters)

Bunge Ltd is able to withstand any global agricultural trade disruptions arising from U.S.-China tensions, thanks to its massive soybean processing capacity in South America and expansion in Europe, Chief Executive Soren Schroder said at an investor event in New York on Wednesday.

While ongoing trade tensions are not good for the overall grain sector, Bunge’s “footprint comes into play at times like this,” Schroder said.

Bunge is a dominant player in the grain trade in South America, with assets in Brazil that include factories, mills, silos, distribution centers and port terminals.

Bunge also has a strong presence in Argentina, the world’s leading exporter of soymeal and soy oil. Last year it acquired two oilseed crushing plants from rival Cargill Inc [CARG.UL] in the Netherlands and France.

“You can arbitrage the soybean sourcing from any origin,” because of that, said Schroder, who was speaking at the BMO Capital Markets 2018 Farm to Market Conference.

Global grain marketers such as Bunge, Cargill and Archer Daniels Midland Co have seized upon trade tensions between the United States and several of its top export markets, including China, to turn around struggling trading units following one of the toughest years ever for the industry.

Beyond the trade tensions, a drought in Argentina prompted some soy crushers to purchase U.S. soybeans for fall delivery to fill an anticipated gap.

But Bunge is not one of them, Schroder said. Right now, the margins do not justify such moves, he said, and Bunge does not believe the volume of such trade flows will be particularly significant.

Still, Schroder said, the company will source U.S. soybeans for its South American facilities if the margins justify it.

Schroder said Bunge has readied its Brazilian sugar milling unit to “stand on its own two feet.” The company has been looking to sell the beleaguered sugar assets since 2013, but because of a downturn in the sector and the high price at which Bunge scooped up the mills, no deal has emerged.

Raw sugar prices are languishing at multi-year lows as huge global supplies of the sweetener outpace demand. Bunge completed a key filing for a potential IPO of its sugar milling business on Tuesday.

The move “gives us the option to take that company public if we so choose, depending on the environment,” said Executive Vice President and Chief Financial Officer Thomas Boehlert. “So we would maintain a majority ownership and participate in the company, and potentially exit altogether down the road.”