South Korea is assessing the risks of a row with Japan over forced wartime labor spreading to the financial sector, including loans and investments by Japanese institutions, the financial regulator said. 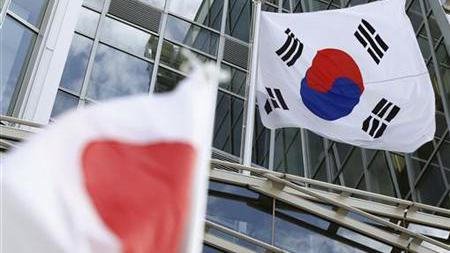 Speaking to reporters on Friday, the chairman of South Korea's Financial Services Commission was asked if the dispute could affect investments and loans by Japanese institutions.

"I don't know which additional measures there are for Japan to take next, but government ministries are checking the situation in that regard," Choi Jong-ku said in remarks that were not allowed to be published until Sunday.

In a worst-case scenario, Japanese lenders could refuse to roll over maturing debt or stop providing new loans, Choi said.

"It's unclear how likely such a situation would happen, but there will be no big problem," Choi said.

The forced wartime labor issue is the latest flashpoint in a relationship long overshadowed by South Korean resentment of Japan's 1910-1945 occupation of the Korean Peninsula.