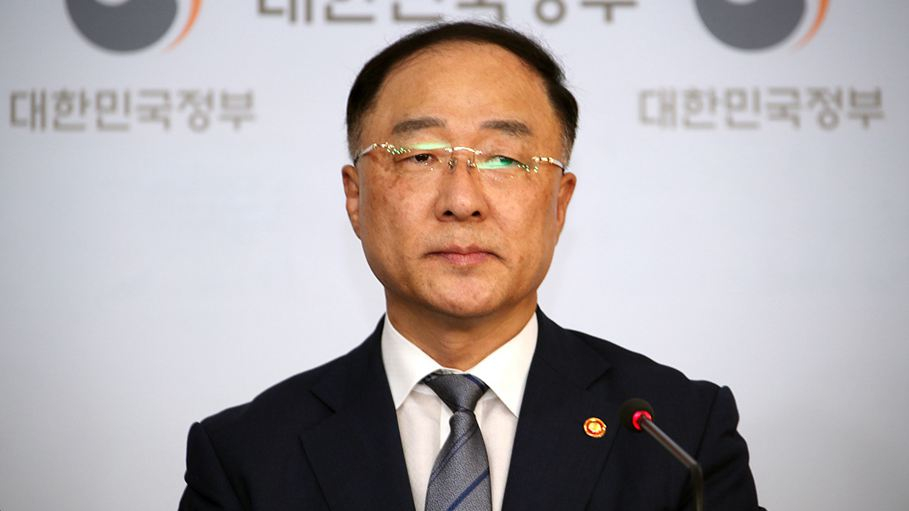 South Korea has drafted the most aggressive budget spending plan since the 2008-2009 global financial crisis for next year as its trade-reliant economy is buffeted by growing economic threats both at home and from abroad.

The finance ministry said on Thursday it would propose to parliament a budget bill of 513.5 trillion won (423.45 billion U.S. dollars) for next year, up 8.0 percent from this year when including the extra budget for 2019, and up 9.3 percent excluding it.

Next year's fiscal deficit would rise to 3.6 percent of expected annual gross domestic product from a 2.2 percent gap projected for this year, marking the biggest shortfall since 2009 when the global economy was fighting the financial crisis.

Asia's fourth-largest economy, heavily dependent on exports for growth, is wrestling with cooling global demand and consumer sentiment as the U.S.-China trade war intensifies amid a brewing trade dispute with neighboring Japan.

In July, the country's central bank slashed this year's economic growth forecast to 2.2 percent from previous 2.5 percent, but that is still far above projections by private-sector organizations, which are as low as 1.4 percent.

Still, the Bank of Korea's latest projection would be the weakest since the global financial crisis and among the worst spells since the end of World War Two. It could still further lower its forecasts at its next review in November.

The ministry said in a statement budget spending would be increased sharply for welfare, job creation, small businesses, environment and research-and-development projects.

It said it would seek parliamentary approval to sell a net 60.2 trillion won worth of treasury bonds for the purpose of funding the fiscal deficit next year, which would be the biggest on record and nearly double this year's 33.8 trillion won.

The ministry will send the budget bill to parliament on September 3 for approval. The country's single-chamber National Assembly has until early December to finish deliberation and approve the budget bill as the fiscal year starts on January 1.