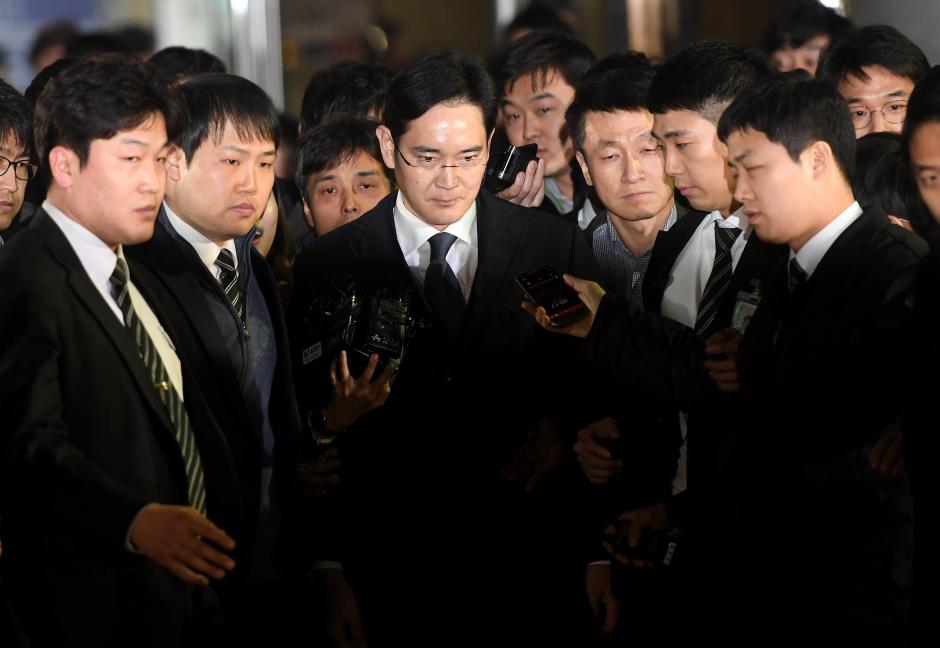 A South Korean appeals court will rule on Monday on Samsung Group scion Jay Y. Lee’s conviction and jail term for corruption in a case that led to the ouster of the nation’s president last year.

Seoul High Court is due to decide the fate of the 49-year-old Samsung Electronics vice chairman, who has been detained for a year on charges arising from a scandal that shone a light on cozy ties between family-run conglomerates and political powers, as well as bringing down President Park Geun-hye.

It is a scandal South Korea would like to put behind it days before it hosts the Winter Olympics in Pyeongchang.

A lower court in August convicted Lee and jailed him for five years for bribing Park for help in strengthening his control of Samsung Electronics, the crown jewel of the country’s largest conglomerate and one of the world’s biggest technology companies, as well as embezzlement and other charges.

The court said Samsung’s financial support for entities backed by a friend of Park‘s, Choi Soon-sil, constituted bribery, including 7.2 billion won ($6.4 million) to sponsor the equestrian career of Choi’s daughter.

In return for the contributions, prosecutors say, Samsung sought government support for a controversial 2015 merger of two of its affiliates, which helped Lee tighten his control of the conglomerate. Lee’s lawyers had argued that the merger was carried out on merit but the lower court did not accept that.

If the appeals court sentences Lee to a jail term longer than three years, his detention will continue as he awaits a final appeal to the Supreme Court, legal experts said.

The appeals court could decide on a jail term of less than three years, or it could award a suspended sentence, which would mean Lee could go free for the first time since he was detained last February.

The court could also overrule the conviction and declare Lee innocent on all charges, but the legal experts see the chances of that happening as slim.

“If nothing else, Samsung money was used to sponsor the equestrian career,” said Son Soo-ho, a lawyer.

Whatever the decision, the case is expected to go to the Supreme Court, as prosecutors in December called for a 12-year jail term after Lee appealed.

The third-generation de facto head of the Samsung Group, Lee has effectively directed large-scale operations at Samsung Electronics since his father, Lee Kun-hee, was incapacitated by a heart attack in 2014, such as the $8 billion acquisition of auto electronics maker Harman in early 2017.

Faced with investor worries about a leadership vacuum with Lee in detention, Samsung Electronics appointed a new generation of top managers at its three main businesses, including semiconductors, in October.

Former President Park, who denies wrongdoing, is standing trial accused of bribery, abuse of power and coercion, having been forced to step down in March after parliament voted to impeach her at the end of 2016.

She has been held in detention since March.