South Korea's economy saw its worst performance in more than a decade in the first quarter as the coronavirus epidemic raged across the country, the central bank said Thursday, with officials warning of a bigger impact still to come. 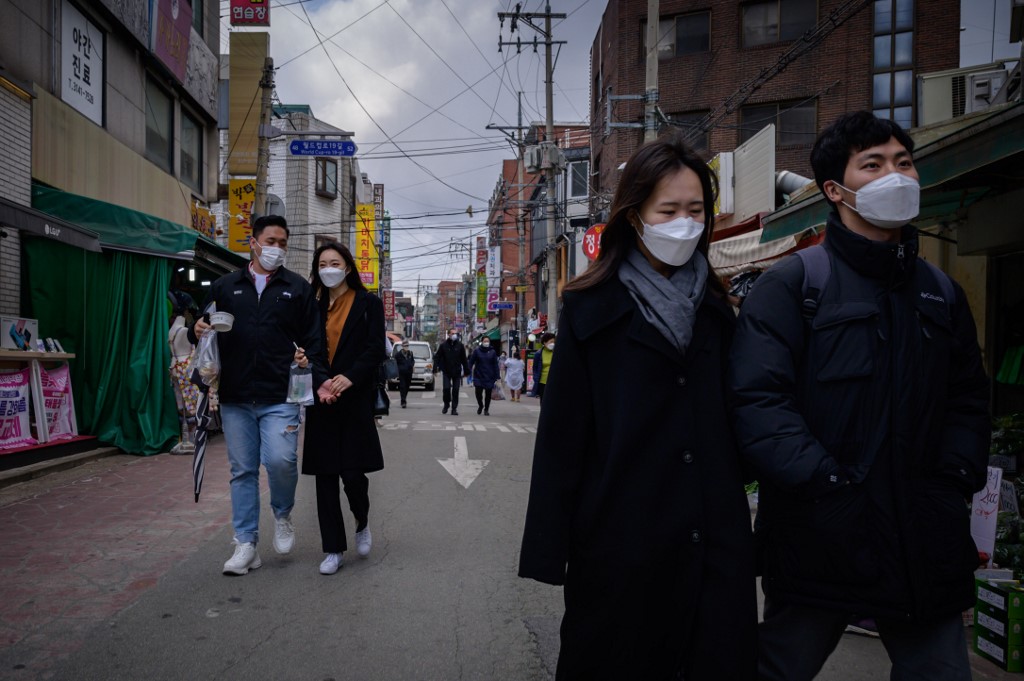 Couples wearing face masks amid concerns over the COVID-19 novel coronavirus walks through a market in Seoul on April 22, 2020. (Photo: AFP)

The world's 12th-largest economy endured one of the worst early outbreaks of the disease, although it appears to have largely been contained thanks to an extensive "trace, test and treat" programme.

The country introduced a widespread social-distancing campaign since in February, urging people to stay home, with scores of events -- from K-pop concerts to sports matches -- cancelled and museums and art galleries closed.

Gross domestic product shrank 1.4 percent year-on-year during the January to March period, the Bank of Korea said, its biggest decline since the fourth quarter of 2008 during the global financial crisis.

Private consumption fell 6.4 percent -- the sharpest fall in more than two decades -- "as expenditures on goods and services both decrease", the central bank said.

The South is highly trade-dependent and it added that exports contracted by two percent due to decreases in automobiles, machinery and chemical products, while imports fell 4.1 percent.

But officials warned of a bigger impact from the coronavirus pandemic in the coming months.

"There are concerns that shocks to the real economy and employment may expand due to the global economic slump," finance minister Hong Nam-ki told a meeting of other ministers.

The International Monetary Fund (IMF) has forecast the world economy will contract three percent this year, as it is expected to "experience its worst recession since the Great Depression" over the pandemic.

The IMF has predicted the South Korean economy will shrink 1.2 percent in 2020.