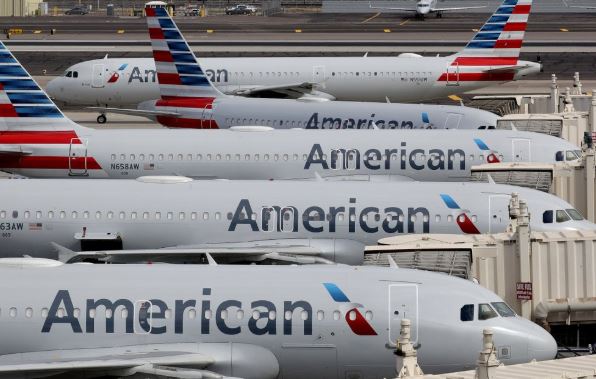 The outbreak of the coronavirus has dealt a shock to the global economy with unprecedented speed as it continues to spread across the world.

American Airlines CEO Doug Parker says the company is eligible for about $12 billion of the $50 billion in grants and loans set aside for passenger airlines under the economic-rescue bill. In a video to employees, Parker said some of the terms of the grants aren’t yet clear, “so we are not yet positive that American will meet those conditions,” including that airlines not furlough or lay off workers until Sept. 30.

Parker said schedule cuts due to light travel demand will mean “many groups of employees” will work a minimum number of hours “for the next few months.” It was not clear, however, whether the reduction in hours was the potential hurdle to American getting grant money. American plans to operate at about 40% of capacity in April and only 20% in May because of the steep fall in travel. Parker said current flights are on average less than 15% full.

Southwest Airlines CEO Gary Kelly says the company is losing big money on every single flight as travel demand slumps amid the virus outbreak. Kelly said in a company video that the grants set aside for airlines under the economic-rescue bill make the company more confident it’ll avoid layoffs. Southwest says it has never furloughed anyone in its history.

The rescue bill may also be helping to provide some stabilization to the industry, as the S&P 500 transportation sector looks to have its first positive week since the middle of February.