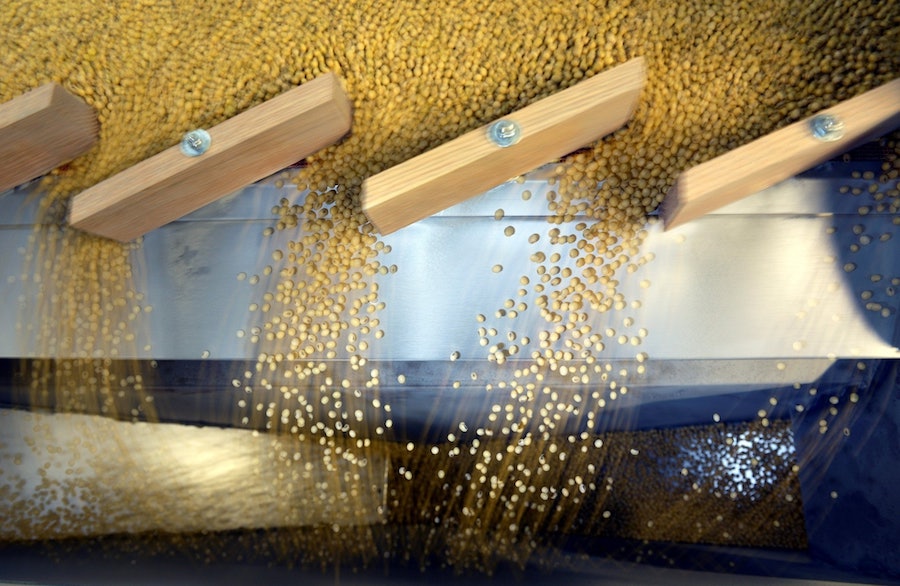 Soybeans being sorted according to their weight and density on a gravity sorter machine at Peterson Farms Seed facility in Fargo, North Dakota, US, Dec. 6, 2017. (File photo: Xinhua/REUTERS)

China's Customs Tariff Commission of the State Council will exclude some agricultural products such as soybeans and pork from the additional tariffs on U.S. goods, official sources said Friday.

China supports domestic companies in purchasing a certain amount of U.S. farm produce in line with the rules of the market and the World Trade Organization, according to sources with the National Development and Reform Commission and the Ministry of Commerce.

The trade news largely overshadowed fresh crop forecasts from the U.S. Department of Agriculture on Thursday, which projected corn and soybean harvests in the United States above trade expectations.