BUSINESS Soybean imports to drop by millions of tons in 2018

Soybean imports to drop by millions of tons in 2018 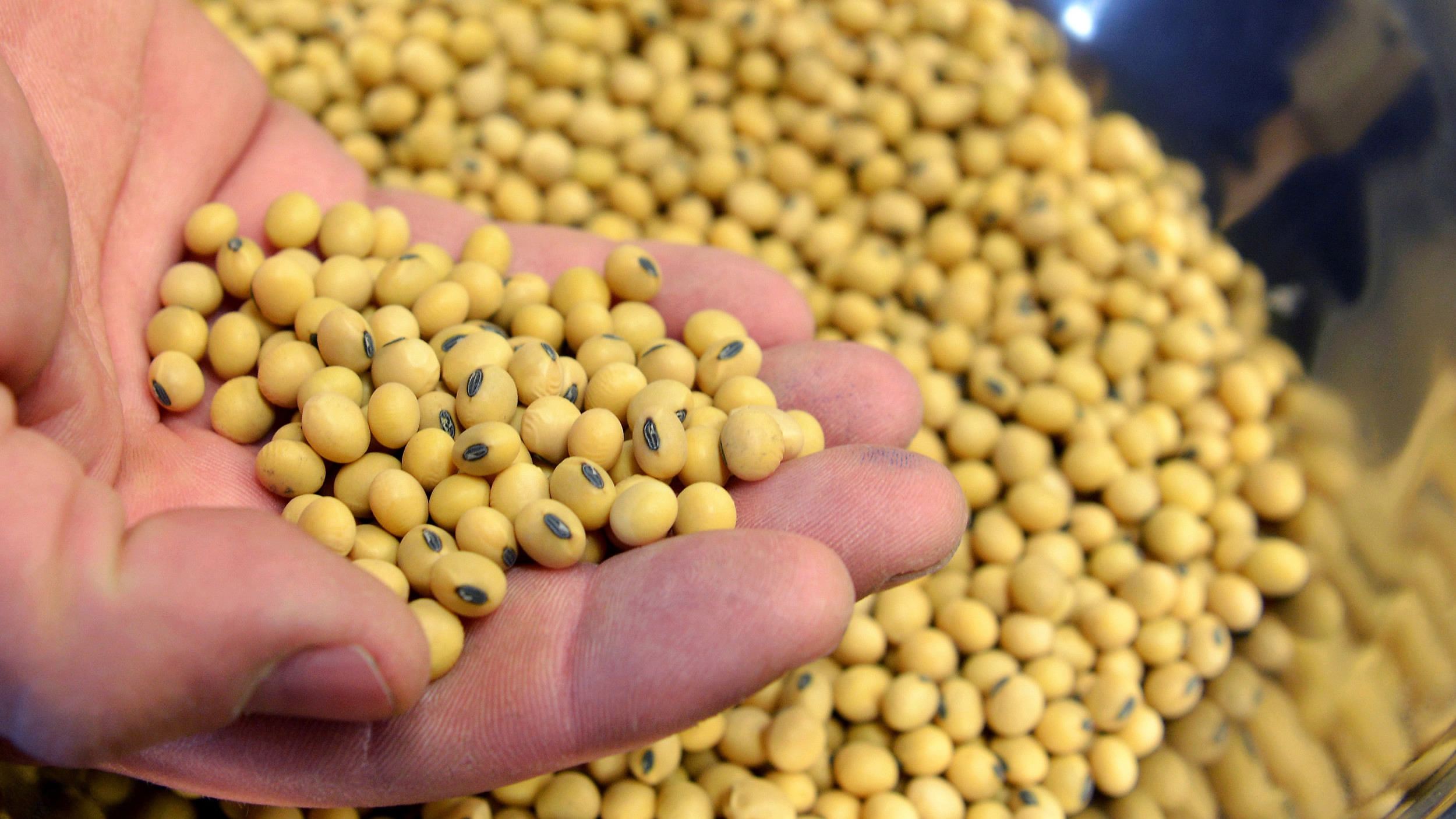 China's Ministry of Agriculture and Rural Affairs said Friday it expects soybean imports to be 2.07 million tons less than its July's estimate for the 2017-18 crop year due to a crop surplus and import price hikes.

According to the ministry's August forecast, 93.9 million tons of soybeans will be imported during the crop year.

Meanwhile, data from the General Administration of Customs showed on Wednesday that China imported 8.005 million tons of soybeans in July, down 20.6 percent from a year earlier and the lowest level since April.

"There has been a sufficient supply of soybean arriving at ports recently, making the commercial storage at a record high. Due to the high price of South America imported soybeans, cost, insurance and freight price of soybean is forecast to remain between 3,250 yuan ($474.3) to 3,450 yuan per ton after tax," the ministry said on its official website.

In July, the ministry cut its forecast for soybean imports for the 2018-19 crop year, warning that higher prices due to the trade conflict with the US would curb demand as farmers switch to alternative sources for their animal feed.

Imports of soybeans in the crop year that starts on October 1 will be 93.85 million tons, down 1.8 million tons, or 2 percent, from June estimate, said the ministry in its monthly crop report in July.

Jiao Shanwei, editor-in-chief of cngrain.com, a website specializing in grain news, based in Central China's Henan Province, told the Global Times on Friday that soybean imports from Brazil and Argentina have offset declines in US imports.

Canadian soybeans are also finding their way into the Chinese market amid the current China-US trade row, media report said.

"Reduced US soybean import volume has had a limited impact on China's supply although some pressures are still being felt in the industrial chain including feed costs for hogs," Jiao noted. However, the ministry said there has been less demand for soybean as fewer hogs are being breed.