BUSINESS Spain says option to sell Bankia to a competitor is open, but not a priority

Spain says option to sell Bankia to a competitor is open, but not a priority 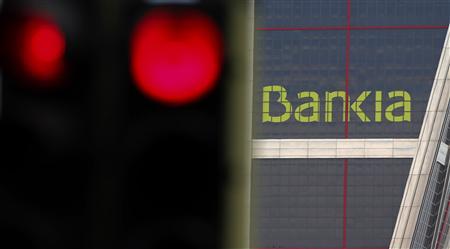 The head of Spain’s bank bailout fund FROB said on Friday that the state could sell state-controlled Bankia (BKIA.MC) to a competitor, but its priority was to continue its privatisation process through stake sales.

“Technically, it is feasible. If that scenario arrives it will be analysed from an economic perspective,” Jaime Ponce, the head of the FROB told journalists.

The Spanish state holds a 61 percent stake in Bankia and the government has until 2019 to fully privatise the lender.

Bankia was given a 22.4 billion euro ($27.5 billion) bailout in 2012 after losses on property loans at the height of Spain’s financial crisis.