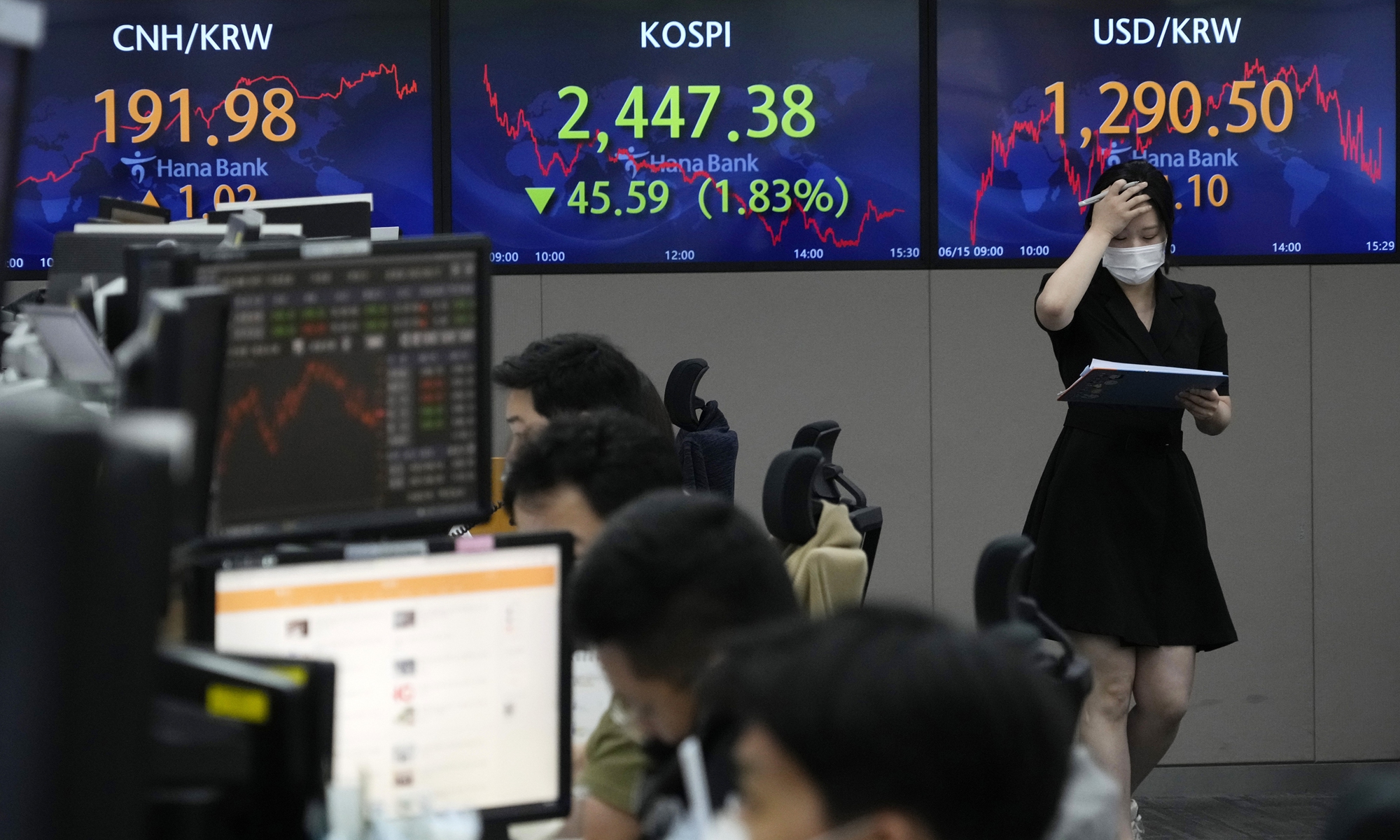 A currency trader passes by screens showing the Korea Composite Stock Price Index (KOSPI), center, and the exchange rate of South Korean won against the US dollar (right) at the foreign exchange dealing room of the KEB Hana Bank headquarters in Seoul on June 15, 2022. Asian stock markets were mixed on the day ahead of the Federal Reserve’s announcement of how sharply it will raise interest rates to cool US inflation. Photo: VCG

The spillover effect of US financial tightening has continued to push Asian currencies down this week, with the South Korean won falling sharply.

Chinese experts warned of risks from US monetary policies – which have shifted from being extremely loose to tightening in order to fight inflation – and suggested countries should take long-term measures in response.

The Japanese yen was trading at 136.37 yen per US dollar on Thursday, its weakest level since the 1998 Asian financial crisis.

Li Tianguo, associate professor at the National Institute of International Strategy, told the Global Times on Thursday that capital has begun to flow back to the US as a result of the Fed’s interest rate hike, and this means the financial market stability in Asian countries will be put to the test. The debt burden will also be increased as countries are forced to raise their own interest rates following the US rate hike, which will hinder economic recovery.

The impact of US financial tightening has continued to ripple across Asia, prompting central banks from developing economies in Asia to hike interest rates to contain the outflow of capital and prevent the depreciation of local currencies.

Global credit conditions have turned more negative and will be tighter for the rest of the year amid rising borrowing costs, the prospect of a protracted Russia-Ukraine conflict, materially slower growth of the world economy and surging prices of energy and commodities, Moody’s Investors Service said in a research note on Thursday.

Imported inflation could also become a bigger problem with rising commodity prices and a likely decline in Asian countries’ exports to the US due to waning demand, Li said.