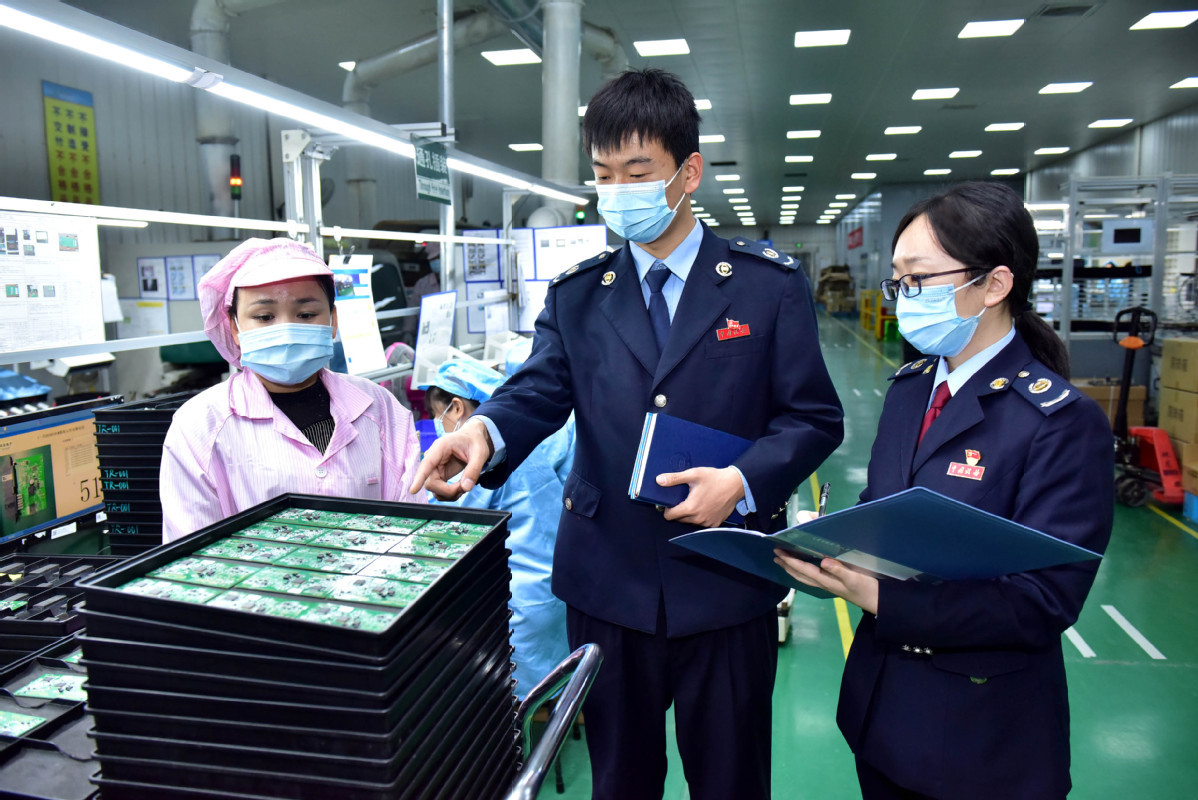 China will continue to reduce taxes and fees in the second half of the year as part of its efforts to save costs for enterprises and bolster employment, according to top tax authorities.

The crux of the efforts would be to implement the annual target of cutting more than 2.5 trillion yuan ($360 billion) in taxes and fees in the subsequent months of this year, Wang Jun, head of the State Taxation Administration, said in an interview on Wednesday.

"Even if the government faces fiscal income pressure, it must adhere to the bottom line of not collecting excessive taxes and fees. We will take serious measures to deal with those who violate the rules," said Wang.

During the first six months of this year, total tax and fee reductions reached 1.5 trillion yuan, including the 963.1-billion-yuan reduction in social insurance fees. This has completed about 60 percent of the annual target for tax and fee cuts, according to data from the STA.

During the first two quarters, taxes on every 100 yuan of revenue from operations declined by 0.65 yuan compared with a year earlier, which indicates that the policies have supported market entities and increased their profits, he said.

According to a research note published by global investment bank JPMorgan, the biggest decline in fiscal revenue so far this year has been for the automobile purchase tax, value-added tax, consumption tax, and the rebates on export tax. In addition, the increase in spending on COVID-19-related activities will have to be financed by cuts in other general expenses.

The Ministry of Finance said that during the first half, the government's tax income decreased by 11.3 percent on a yearly basis, while the general public budget revenue fell by 10.8 percent.

STA head Wang highlighted the rebound in the revenue income of companies, especially in the second quarter, as reflected in the invoice data. Companies' sales are rising, along with a steady production resumption, especially for manufacturers. The sales revenue of high-tech companies increased by 21.7 percent in the second quarter, compared with a drop of 8.3 percent in the first three months.

Sales revenue of companies in the construction industry rose by 17.8 percent in July on a yearly basis, reflecting the accelerated investments to support economic recovery, said Wang.

Small privately owned enterprises or those with weak financial profiles are vulnerable to the disruptions from the novel coronavirus pandemic. Further deadline extensions for tax payments, and an extension to March 31, 2021 for principal and interest repayments, as well as new bond issuance quotas for SMEs with good credit quality will help preserve liquidity, Li said.

These policies can limit bankruptcies and the rise in unemployment among privately owned enterprises, and are key to supporting income growth and economic activity in the ensuing months, she said.